The Complete Guide to Visiting Iceland in March 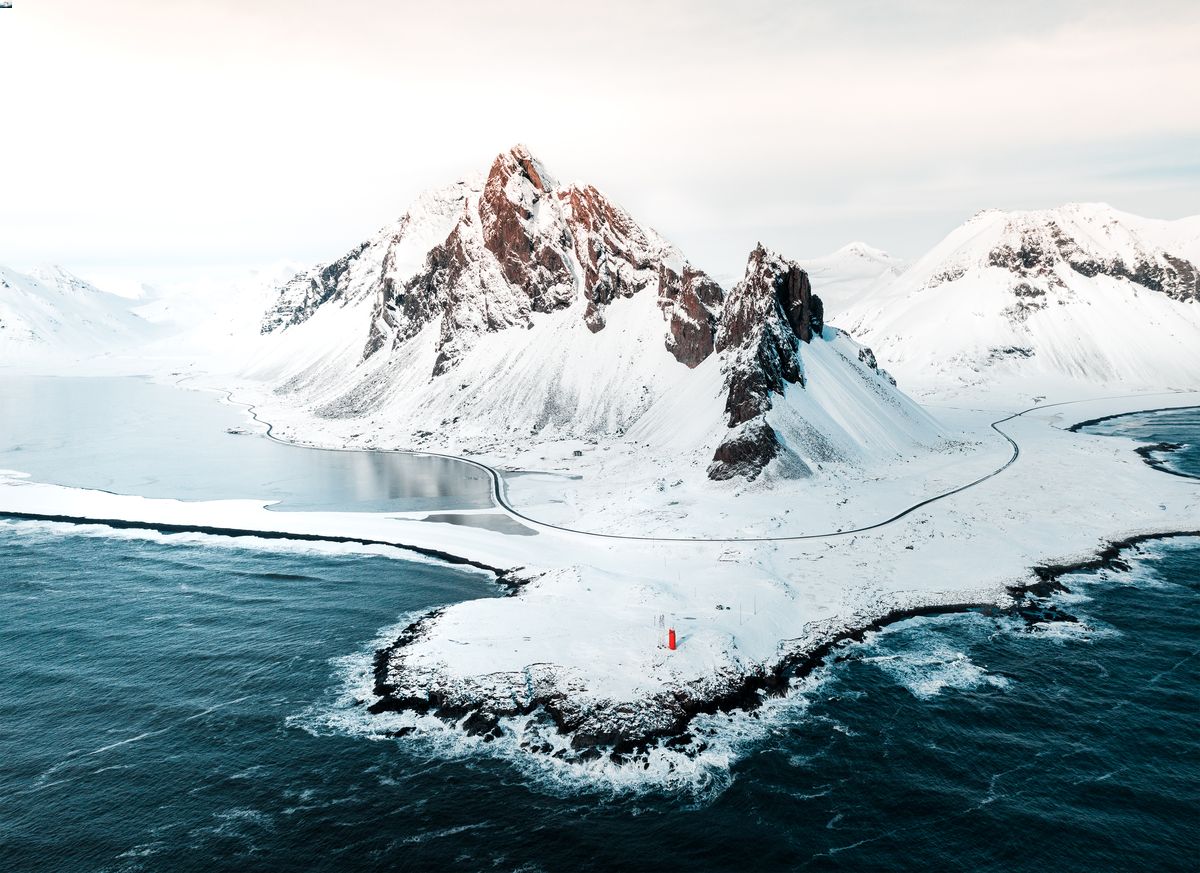 Visiting Iceland in March has many advantages, not least the longer days which make it possible to cram in more sightseeing. In Reykjavík on March 1st you can expect around ten hours of daylight, and by the end of the month there are another three hours to play with.

Here’s our complete guide to visiting Iceland in March, coupled with our recommendations for things to see and do.

What weather should you expect?

Iceland’s March weather can be summed up in three words: expect the unexpected! Even in Reykjavík, the temperature can drop below freezing, though it once peaked at 12.4 °C.

Typically, the mercury fluctuates, and 3 to 4 °C either side of zero is normal. The later in the month you get, the warmer it tends to be, but you can’t rely on it warming up as wet or windy conditions can make it feel much colder than the temperature states.

Heavy snowfalls in the highland interior and in the far north of Iceland, closer to the Arctic Circle, might impact your plans. Always check current and forecast conditions before you set out as temporary road closures are still common in March.

As we’ve already guaranteed, the weather is unpredictable in Iceland in March, so you’ll need to pack with that in mind and be flexible. To help, we’ve prepared an essential packing list for a road trip in Iceland so you don’t have to!

The aim of the game is to keep your skin dry – moisture will cool you down – and trap warm air between layers of clothing. By taking off or putting on an item of clothing, you’ll be able to regulate your body temperature more effectively.

Decent waterproof gear is also essential. March’s melted snow can make the ground boggy underfoot and unfortunately, frequent rain showers will give you a soaking.

But with all that extra daylight, you won’t want to resist getting outside to see all the beautiful scenery that Iceland is known for. Make sure you’ve got a camera (or decent phone) to capture the moment with and keep those batteries fully charged.

Eight things to see and do in Iceland in March

Iceland’s largest and most famous church, Hallgrimmskirkja, is right in the heart of downtown Reykjavík but with roadside parking nearby, there’s no reason why you can’t park your campervan and take a closer look.

The exterior is visually impressive, styled by architect Guðjón Samúelsson to resemble the basalt columns which are so prevalent across the country.

It’s possible to ascend Hallgrimmskirkja’s tower by elevator, which makes light work of its 74 meters (244 feet) height. The panorama from its loft viewing platform is extraordinary. On a fine day, you’ll be able to see far beyond Reykjavík and appreciate the surrounding countryside from a different perspective.

If you’ve planned a trip to Iceland, there’s a high likelihood you’re dreaming of catching the Northern Lights on display. Well, you’re in luck as March is one of the best months to spot Iceland’s magnificent aurora show.

Solar activity often peaks at the time of the spring equinox, around March 21st, as the sun crosses an imaginary line known as the celestial Equator. It’s characterized by periods of high geomagnetic electrical disturbance.

Our planet’s geometry – the earth’s tilt – lines up with the solar wind. In layman’s terms, this means the Aurora Borealis tends to be more intense. But there still needs to be cloud-free skies in order to witness it fully.

That said, this increased activity, coupled with milder temperatures, makes a Northern Lights chase more of an enticing prospect in March than in the depths of Iceland’s sometimes harsh winter.

Rent yourself a campervan with plenty of windows, grab your keys, drive out to the countryside and scope out a suitable spot before the sun sets. Choose a place that has a clear view of the sky and is going to be free of light pollution. Then, simply settle back and wait for nature to do its work.

The Annual Icelandic Beer Festival takes place on March 1st, and the reasons for its existence might surprise you. At the start of the 20th century, the temperance movement in Iceland was influential and successfully called for a referendum banning alcoholic drinks. 60% of voters backed prohibition, which took effect in 1915.

In a bizarre twist of events, the threat of sanctions over Icelandic salt cod led to a change in legislation and in 1921, the sale of imported red and rosé wine from Spain and Portugal was allowed.

But even when the law was relaxed again in 1933, beer over 2.5% ABV was still prohibited from entering the country. Icelanders were permitted to drink spirits such as Brennivín but not a glass of strong ale.

Finally, in 1989, the ban was lifted, and beer was legal once again in Iceland. To mark that momentous occasion, Icelanders celebrate March 1st as Beer Day.

On this day, in bars across the country, you can drink a wide range of imported and locally brewed lager, stout, IPA and just about any other kind of beer you can think of. Just remember that Iceland’s drink-drive laws are rightly strict, so find a space to park your campervan before you join in on the fun.

There’s never a bad time to check out Reykjavík’s culinary scene and if the weather’s inclement, the city’s cozy cafés and restaurants will be the perfect place to hang out. Don’t forget to grab a hot dog from Baejarins Beztu, just like former US President Bill Clinton and reality star Kim Kardashian once did.

To get more of an overview of the local cuisine, try a food-focused walking tour. Alternatively, check out a tasting menu. For instance, the Icelandic Gourmet Feast at Tapas Barinn gives diners the chance to taste local treasures like smoked puffin, arctic char, ling, minke whale and grilled lamb.

Wash it down with a shot of Iceland’s firewater, Brennivín, before rounding off your meal with decadent skyr and white chocolate mousse.

The Shark Museum at Bjarnarhöfn on the Snæfellsnes peninsula reopens in March after its winter break. This small but fascinating museum houses an eclectic collection of exhibits related in some way or another to hákarl (rotted shark).

This Icelandic delicacy is most certainly an acquired taste, but if you can cope with the pungent whiff of ammonia, the bragging rights are next level.

Explore the museum before trying hákarl for yourself. The sight of so many sharp teeth in the shark jawbone that’s on display might come as a bit of a shock.

Recover outside with a short stroll up to the drying house to see where the Greenland shark meat is hung to ferment and allow those unwanted toxins to drip out.

Better weather increases your chances of smooth sailing, which means that sometimes it’s possible to enjoy a whale watching trip in March. Operators such as Húsavík-based North Sailing restart their seasonal program on March 1st, but you’ll need good sea legs as the water can be choppy.

Canceled departures are rescheduled if the weather improves, so book earlier in your trip just in case.

Whether you’ll see whales or not is a bit hit or miss. To help you make an informed decision, Elding runs tours year-round out of Reykjavík and records sightings in a daily diary which document how each tour went.

Minke whales and humpbacks have been spotted in March so hopefully, you’ll get lucky and see these magnificent creatures in their natural habitat.

If you haven’t had the chance to spot a whale during a boat trip from Húsavík, then the next best thing is a visit the town’s Whale Museum. You’ll learn a lot about these extraordinary cetaceans and ponder a few unanswered questions that still have scientists puzzled.

One example: why do humpback whales change their distinctive song from time to time?

There are eleven whale skeletons on display in the Húsavík Whale Museum, but without a doubt, the one that will blow you away is an impressive 25-meter-long specimen of a blue whale. This female died of natural causes and was found beached at Ásbúðir, Skagi in Northern Iceland over a decade ago.

If you choose to visit Iceland in March, you’ll probably remark at how many of Iceland’s menfolk sport beards and mustaches. You might assume that this has something to do with the weather, but you’d be missing the mark. In fact, just as some countries have ‘Movember’, Iceland has ‘Mottumars’.

Mottumars is an important fundraising event to raise awareness about cancer and funds for continued research. Time your Iceland trip for March and proudly show off your newly grown mustache to everyone you meet.

Even if you’re female, you can still join in by sponsoring your traveling companion as he grows his facial hair for the occasion.

The Pros of Iceland in March

As you can see, there’s tons to look forwards to if you come to Iceland in the month of March. Not to mention since visitor numbers are still relatively low at this time of year, accommodation prices represent better value than in peak season.

Though some of the more remote parts of the country are best left until later in the spring, the Ring Road is open. So, what’s stopping you from renting that campervan or motorhome and taking that road trip you always promised yourself? 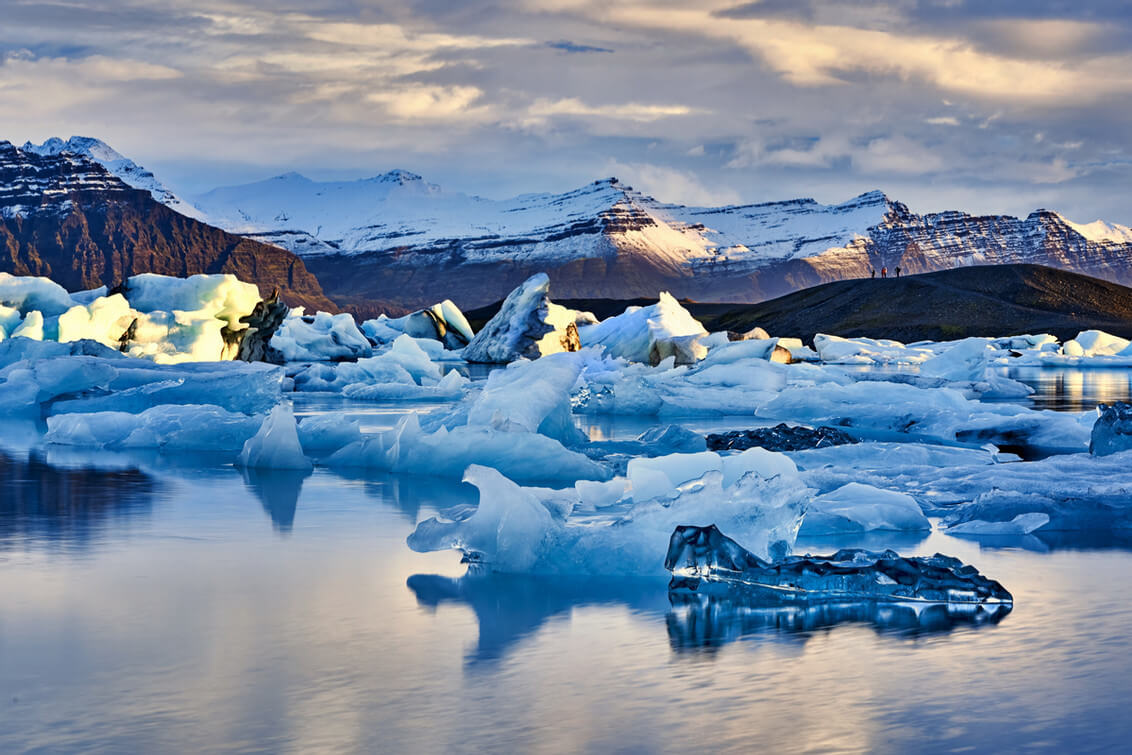 Jökulsárlón is a natural wonder with many fun activities to do. Let's discover some of the best.