Top Unique Black Sand Beaches in Iceland You Must Visit 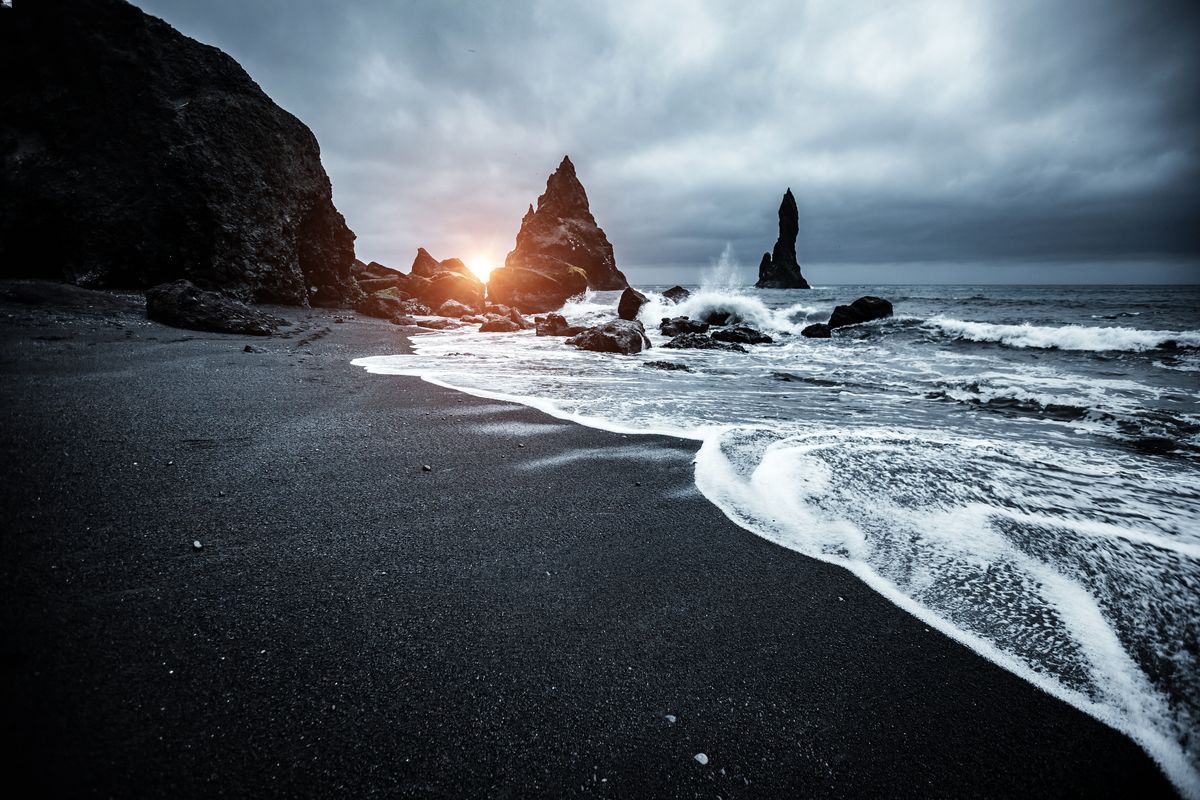 Iceland’s incredible natural wonders are many and varied. From towering volcanoes to rushing waterfalls and vast glaciers, this island has more than its fair share of impressive sights and places to explore.

One of our favorites though has to be its wild and rugged coastline, and more specifically the almost otherworldly views of Iceland's black sand beaches. These dark volcanic sandy coastlines have a huge amount of drama to them.

A photographer’s dream in terms of impact and the contrast of the colors and light, for others they are just amazing places to stand still and experience the incredible surrounding elements.

If you’re visiting Iceland on a road trip, then we heartily recommend that you make time to visit one or two of them. Reynisfjara Beach is one of the easiest to access as it lies on the classic Ring Road driving route.

Many visitors to Iceland will likely be driving this route anyway – it’s a real bucket list driving tour with sight after incredible sight to marvel at.

There are other black sand beaches tucked away around Iceland too, but we’ll tell you about them later. In the meantime, here’s our guide to the beautiful black sands beach at Reynisfjara.

Reynisfjara beach is a geological treasure in southeast Iceland, and it very much warrants a visit. This isn’t the kind of place for sunbathing and paddling, though. You’ll have to visit the black sands of Punaluu beach in Hawaii or Indonesia’s Lovina Beach for that!

Here you’ll want to wrap up warm and keep your wits about you. The North Atlantic Ocean is wild and unpredictable, and the vivid black swathe of sand is lashed with waves and winds.

Huge vertical columns of black rock rise up forming impressive cliffs, while out at sea, basalt rock formations seem to stride through the water like giant Icelandic trolls.

This really is one of Iceland’s most striking and remarkable beaches. It also has more than a few claims to fame, as it is the beach that has inspired a thousand photoshoots, music videos and advertisements.

Fans of Game of Thrones (don't forget to check our Game of Thrones camping route!) will likely recognize the views from Season Seven. The well-respected National Graphic has also piled on the accolades, naming it as one of their top ten best beaches in the world.

Reynisfjara Beach is in the southeast of the country and not far from the popular town of Vik.

As mentioned, it is on the classic Ring Road driving route and is well served by Iceland’s road network. Being in the south of Iceland, it can be visited all year round as the roads to and from it generally remain passable.

Most road trippers in Iceland will begin their trip in Reykjavík and from there head along the south coast. The driving is easier here and makes for a good introduction to driving in Iceland overall.

There are plenty of interesting places to see along the way, so you should take your time getting there. Most people begin with the Golden Circle route, including the incredible Gullfoss Falls, the Geyser fields and the Thingvellir National Park.

Visiting the lovely Seljalandsfoss waterfall is a great first stop after the Golden Circle. The Skogafoss waterfall makes for a good halfway point, too.

A fun place with lots to see and do, the town of Vík is a wonderful place to base yourself for a few days of exploration.

This part of Iceland has seen an immense amount of volcanic activity over the centuries, meaning that the wild coastline would have been covered in fiery volcanic flows many times in the distant past. Once cooled, the lava formed different types of volcanic rock that has then been eroded over time.

The striking columns in the cliffs were formed as the lava cooled and cracked, while out at sea, the basalt stacks have been eroded by changes in weather over the years.

The sands are ancient volcanic rocks broken up and worn down until they formed the fine black sands that you can run through your fingers today.

Folklore and the beach

If you’ve spent any time in Iceland you’ll know that this island nation has a culture of folklore that is very much alive. Trolls and elves are an integral part of the fabric of life here. And on Reynisfjara Beach, this is very much the case.

The impactful rock stacks out in the bay have their own story to tell. They are said to be trolls caught out and about in daylight and turned to stone. Apparently, they were out in the bay helping to pull a boat into shore when they lost track of time and got caught by the first rays of the morning sun

A word of warning

This black sand beach is dangerous, but don’t let this put you off from visiting. If you are careful and aware of your surroundings, then it is perfectly safe.

The danger comes from the sea in the form of what are known as sneaker waves. These are surging waves that reach much further up the beach than the other waves- sometimes as much as several meters!

Of course, if you have one eye on the ocean, then you can easily avoid them. But if you’re distracted, by the amazing views for example, they could catch you unaware. They can be extremely dangerous in that case.

People can get into serious trouble with the combination of icy temperatures and wild waters. Therefore, please make your whole group aware and keep well back from the water’s edge as you enjoy the beach.

Other Black Sand Beaches in Iceland

Back south a little, not far from Skogafoss Waterfall, you’ll find the black sands of Solheimasandur.

This beach is famous for being the site of the crash landing of a plane which occurred back in 1973 and thankfully everyone survived. But it makes for a dramatic sight on the vast expanse of volcanic sands it occupies.

Getting to the beach involves a reasonably long walk from the Ring Road. It’s a four-mile round trip hike and it’s over some rough terrain, so leave plenty of time. This is one beach that is best visited in summer.

This is another impactful beach within easy reach of Vik. It is located very near the Jokulsarlon Glacier Lagoon and is in fact connected to the lagoon and the glacier.

As ice breaks off of the glacier it is gradually washed through the lagoon and out into the open ocean. From there it is broken up further and washed up on the sands of Diamond Beach.

This means that the black sands are awash with diamond-like pieces of ice in all shapes and sizes. It’s an amazing sight to see and another one that’s really popular with photographers.

Another beach that’s really nearby Reynisfjara and can easily be visited on the same day, Dyrholaey offers a unique bird’s eye view of a stunning swathe of black sand. You can stand high up on a rocky cliff and gaze out at the ocean and the coastline.

Dyrholaey is also home to lots of seabirds so it’s popular with bird watchers. If you visit in the summer months, keep your eyes peeled for puffins nesting on the rocky cliff edges.

Further around the Ring Road route, as you head north, there is another beautiful black sand beach to visit.

Stokksnes peninsula lies a short drive from the town of Hofn. It is a headland featuring the beautifully rugged Vestarahorn Mountain range surrounded by swathes of black sand beach.

Hofn is a great place to base yourself to visit this beach. You can also take a daytrip from there to the nearby Svartifoss Waterfall.

If you look at a black sand beach Iceland map, you’ll see that they are mostly located in the southeast. That’s purely down to the geology of the ancient volcanic flows that created them. However, there are a few others in the north as well.

So if you are headed to see the sights of the northern Diamond Circle, you could visit a black sand beach too. The Diamond Circle is a circuit of sights similar to the more famous Golden Circle in the South.

It consists of the mighty Dettifoss Waterfall as well as Lake Mývatn, geyser fields and Godafoss Waterfall. For northern black sands check out Djupivogur and the beaches around Lake Mývatn.

There are also the multi-colored sands of Ytri Tunga and Djupalonssandur Beach on the Snaefellsnes peninsula.

AAmong every attraction in Iceland, its black sand beaches are indeed a must-visit. The unique landscapes and otherworldly surroundings make these destinations a special and unrepeatable experience.

Do not forget to book your camper and add these stops to your list of places to visit along your road trip. We guarantee you will not be disappointed with your Icelandic journey! 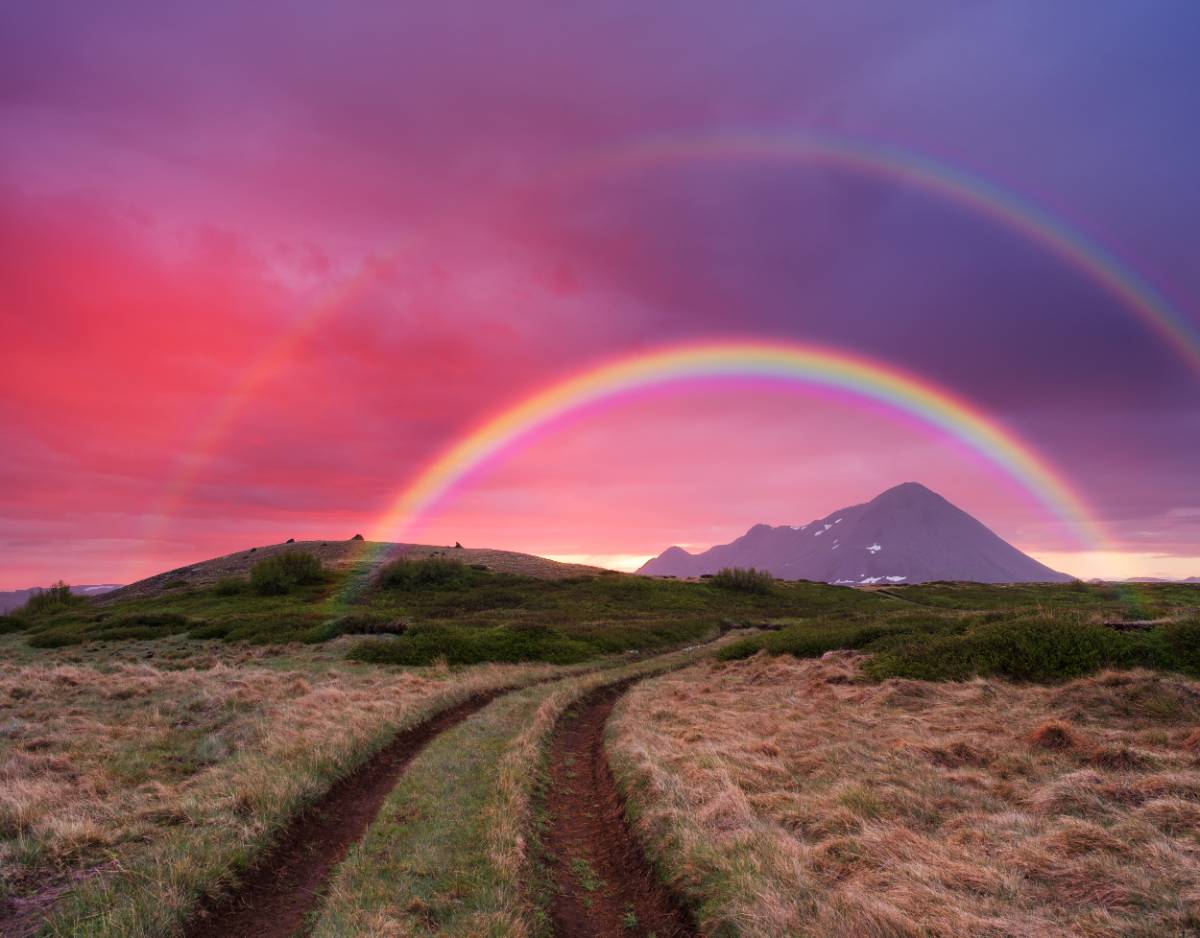 A Complete Guide To The Midnight Sun In Iceland

Iceland's Midnight Sun has a whole set of celebrations and activities around it. Which one will you take part in? 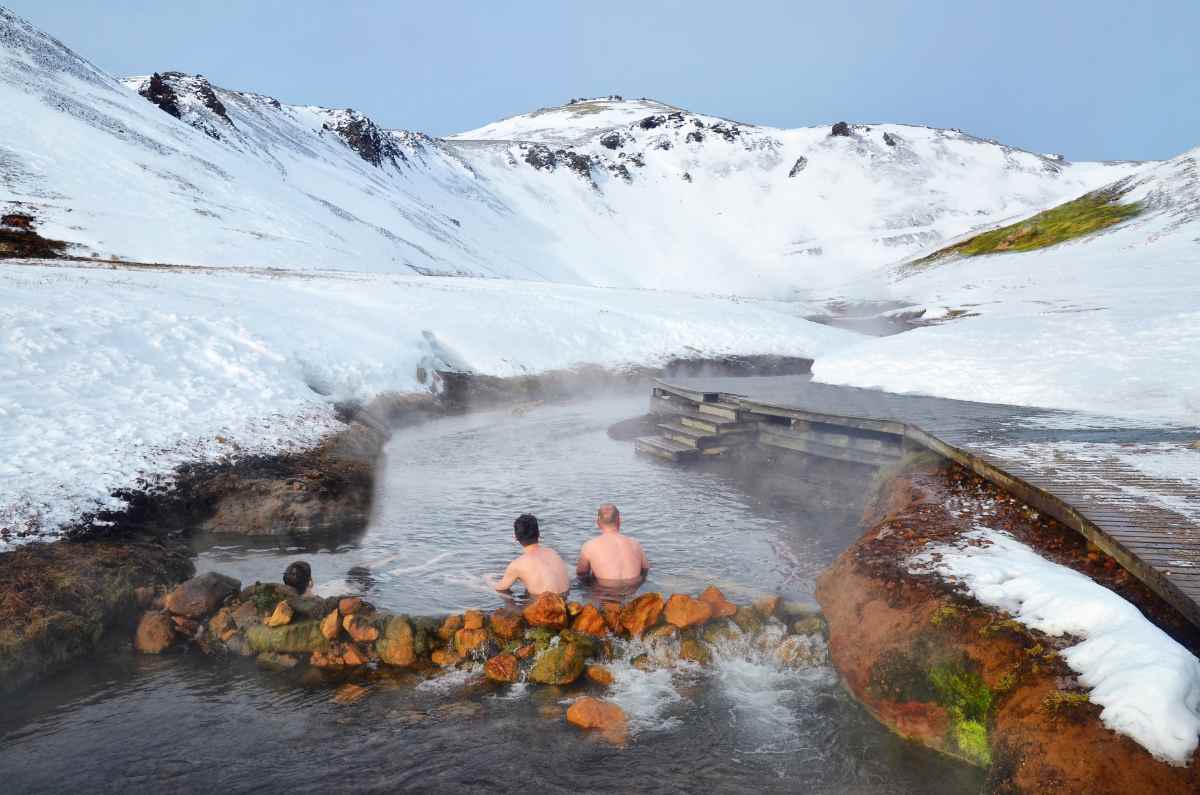