The Road Map to Driving in Iceland 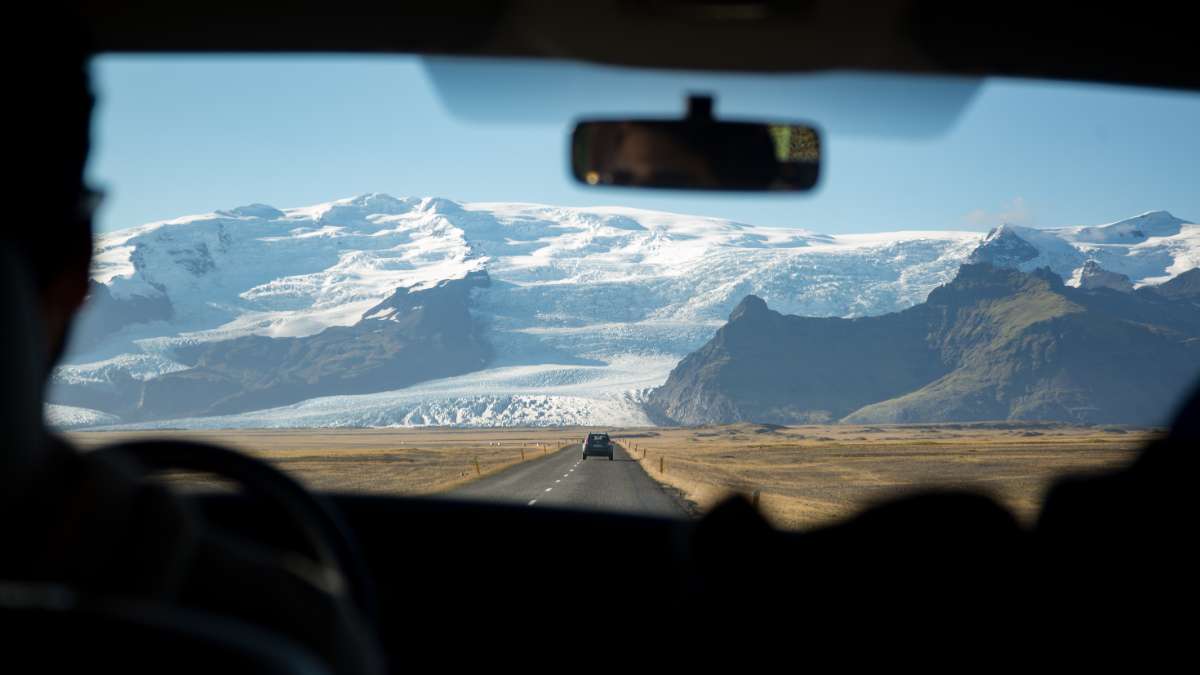 Hitting the roads in Iceland is as easy as pie when you know what to do. Plan your route, make sure to keep an eye on the weather, and always treat police officers with kindness and respect. Even though Google Maps is a handy tool, make sure to prop it up somewhere safe, so you don’t have to take your eyes off the road.

Driving in a new country is always a challenge. You get into traffic and immediately start questioning the entire nation’s driving capabilities. More often than not, there are traffic rules that you don’t know about and signs that look like they’re written in another language. Driving in Iceland is super easy when you’ve got the know-how, so read on and discover the road map to driving in Iceland.

As with all countries, you need to have the appropriate driver’s license when driving in Iceland. The obvious exceptions are things like bicycles, skateboards, and horses. For international visitors, an International Driver’s Permit is advisable. It helps to get you around any language barrier when you’re renting a car or coming in contact with authorities. Driving with your foreign driver’s license is completely legal, though, so don’t get nervous about that.

The Iceland driving side is to the right of the road, so if you’re an American driving in Iceland, you will feel right at home. If you’re British, things might feel awkward for a while, but driving on the right side of the road is so easy that the entire Icelandic nation is doing it!

As a reference, one mile is equal to about 1.6 kilometers. That means that when you hit 60 miles per hour, you are close to 100 kilometers per hour. The difference can become pretty significant in certain situations. 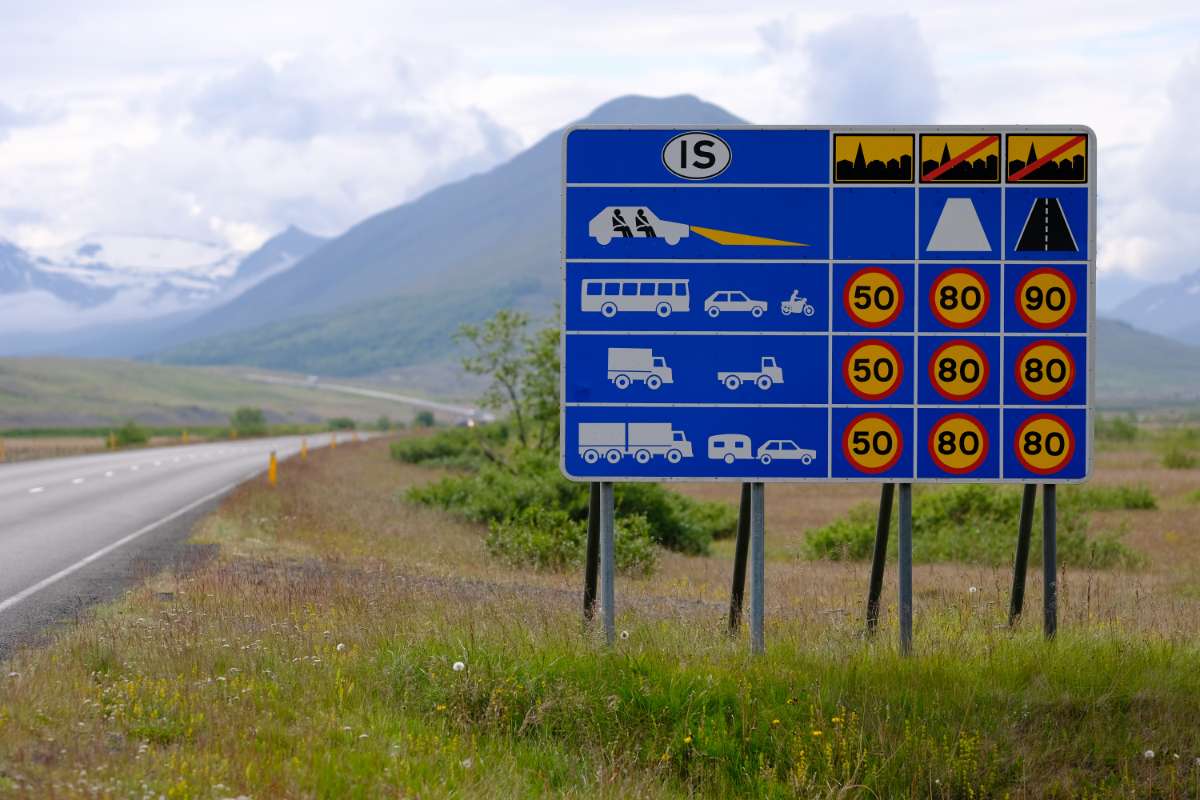 Traffic Rules when Driving in Iceland

The Iceland driving rules are not that different from any other part of Europe. What might surprise you, though, is that the maximum speed limit in Iceland is 90 kilometers per hour. That is far away from the normal limits of around 120 kilometers per hour on the European continent.

While driving in Iceland, you’re not allowed to be on your phone or drive without a seatbelt. Lacking in any of these will result in a fine if you get pulled over. You will also meet a lot of traffic cameras on the paved roads. So, if you get pulled over by a police officer for speeding, it’s best to stay courteous and listen first.

If you are issued a fine, you will be given the option of paying immediately or getting the fine in an email. If you pay on the spot, they will offer a 25% discount. In the case that you choose to be sent an email with the ticket, they will send it to the owner of the car, which is the rental company. The car rental company will then have to provide the police with your information and will also charge you a handling fee for the ticket. We advise you to either pay on the spot or not get pulled over when driving in Iceland.

So, now you know the basics and have a firm grasp of the rules for driving in Iceland. It’s time you get to know the main roads and routes you will be taking on your travels.

This is by far the best road to travel if you want to see as much of the country as possible. Ring Road 1 goes all the way around Iceland and passes most of the important landmarks and cities, with the Westfjords being the exception.

Up in the north, there is a short route you can take around Lake Myvatn to see some of the most impressive natural sightings and towns in northern Iceland.

The newest route you can find on the island is Ring Road 2. It takes you around the Westfjords to see all the important sights in the northwest parts of Iceland.

By far the most trafficked route of all is the Golden Circle, just northeast of Reykjavík. This route will take you to places like Thingvellir, Geysir Area, Gullfoss Waterfall, and many more. 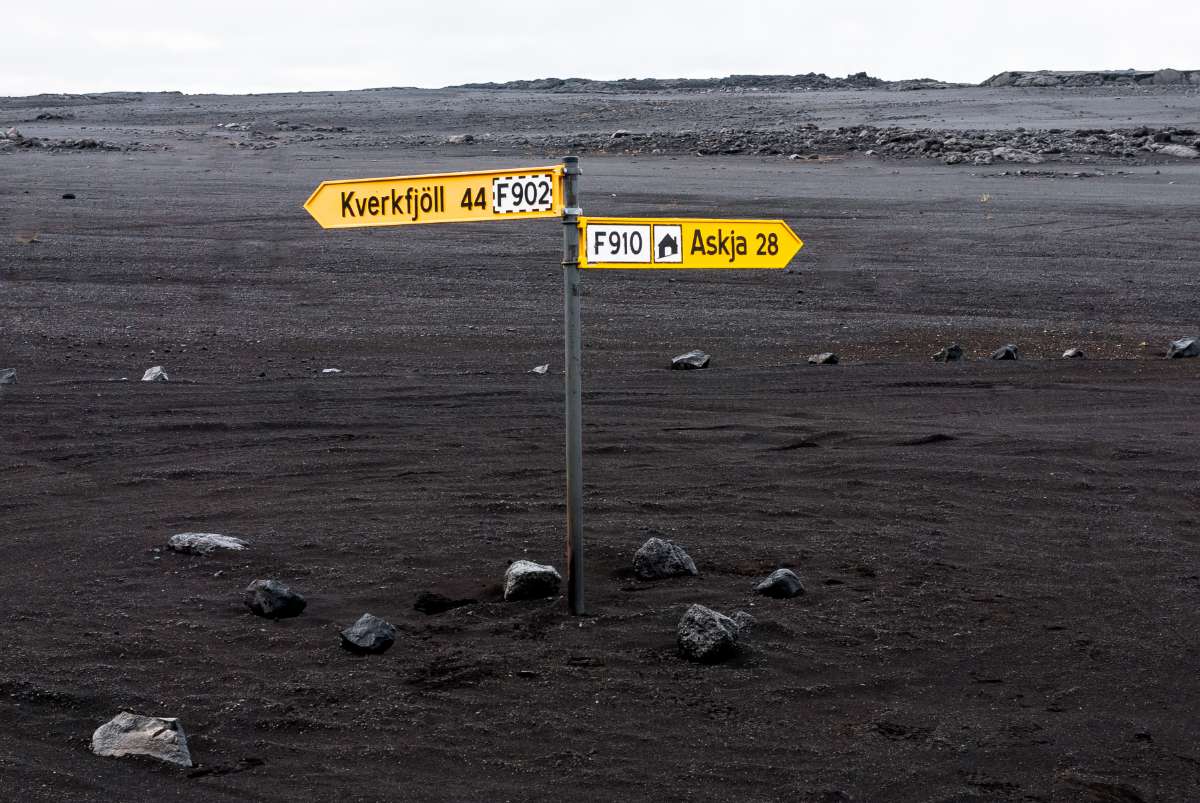 If you are feeling brave and want to head up into the mountains with your car, you will be driving the F-roads in Iceland. These roads are only open in the summertime and require you to have a fully functional 4WD vehicle. This is the road into the highlands, where you can experience one of the best things to do in Iceland: camping. Luckily, there are 4WD campervans, so you can easily go up in the mountains while you’re driving around Iceland in your campervan.

You should know that when driving in Iceland, you need to have the right vehicle for the right road. Many roads in Iceland are gravel roads that might get tough on the car if you’re not paying attention. Only a few roads around Iceland are tar roads, which is why it’s such a big deal that Ring Road 2 is now being constructed. It will be in the wilderness of the Westfjords and be one of the few Iceland driving roads that are both remote and paved.

Driving in the Winter

Any road will be extra difficult in the winter, which is why some general tips for driving in Iceland often are “adapt your speed to the road”. “Keeping an eye on the weather” is also a typical one. The weather will have an immense impact on the state of the road, both gravel and tar, and it will offer a lot of wind, rain, and snow in the winter. The best tip we have for keeping an eye on the weather is to keep Iceland’s official website for the state of the roads open.

Another handy website to use on your Iceland driving tour is the Iceland’s official weather site. This website will also give you a heads-up on when and where you’re most likely to see the northern lights in Iceland. Driving to see the northern lights is a cool thing to do, but you should be ready to be driving in Iceland at night. It will certainly require you to be more careful than in the daytime.

Driving in the Summer

The roads are mostly fine in the summer. The weather is on average much milder, so you will be able to cruise along without any major speed bumps. The summer rains and winds can still affect the roads and how you need to handle the car, but in general, it’s not going to be an issue.

Summer is the best time of the year to have a good drive around Iceland. You will have decent weather, long days and all attractions will be open. This also means that you won’t have to be driving in Iceland at night, since you will have the midnight sun on the horizon.

Driving in Fall and Spring

If you’re not a fan of the wind and rain, one of our tips for driving in Iceland is to try to not do that in the shoulder seasons. Driving in Iceland in the fall and spring are the periods when the weather is really intense, and you will face hard winds and rains almost daily. If you decide to brave the elements and drive in the shoulder seasons anyway, you need to be sure of your driving skills. 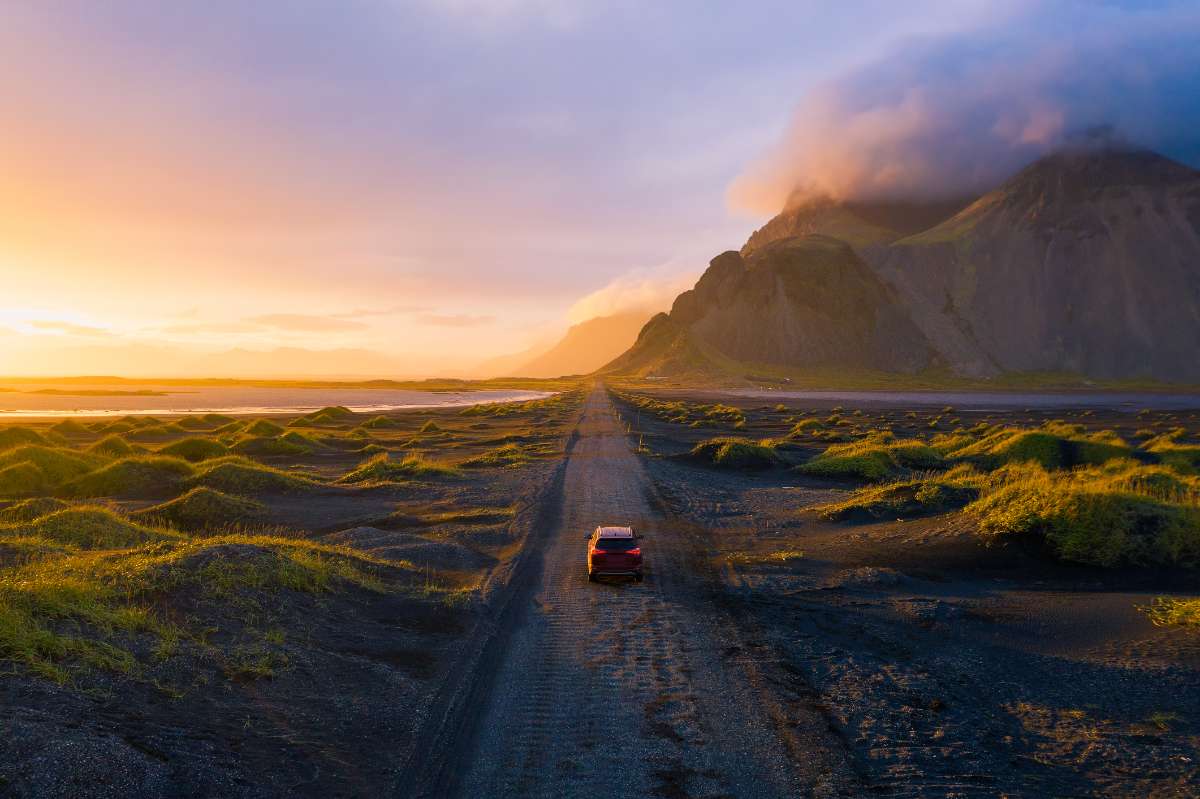 In any urban area like towns or cities, you’re not allowed to drive faster than 50 kilometers per hour, and most areas will have a speed limit of 30 kilometers per hour. That is incredibly important since Reykjavík might not be as packed with cars as many other major cities, making the roads more open.

When driving in Reykjavík, you can easily navigate using Google Maps or something similar. You must make sure that you’re only driving where you’re allowed to drive. Some streets in the city are for pedestrians only, and some lanes are reserved for bicycles. You might also need to keep an eye out for which lanes are reserved for busses and taxis.

Driving in Iceland should be an easy affair after this read. Regardless of season, road, or time of day, you should now know (roughly) what to do and what to expect. Just keep to the Iceland driving rules, and you’ll be fine. We obviously love the road, and there is no better way to see this island than renting a campervan in Iceland and cruising the country on your own terms. Check out our roster of both 2WD and 4WD (for the adventurous) campervans and see which one suits you the best! 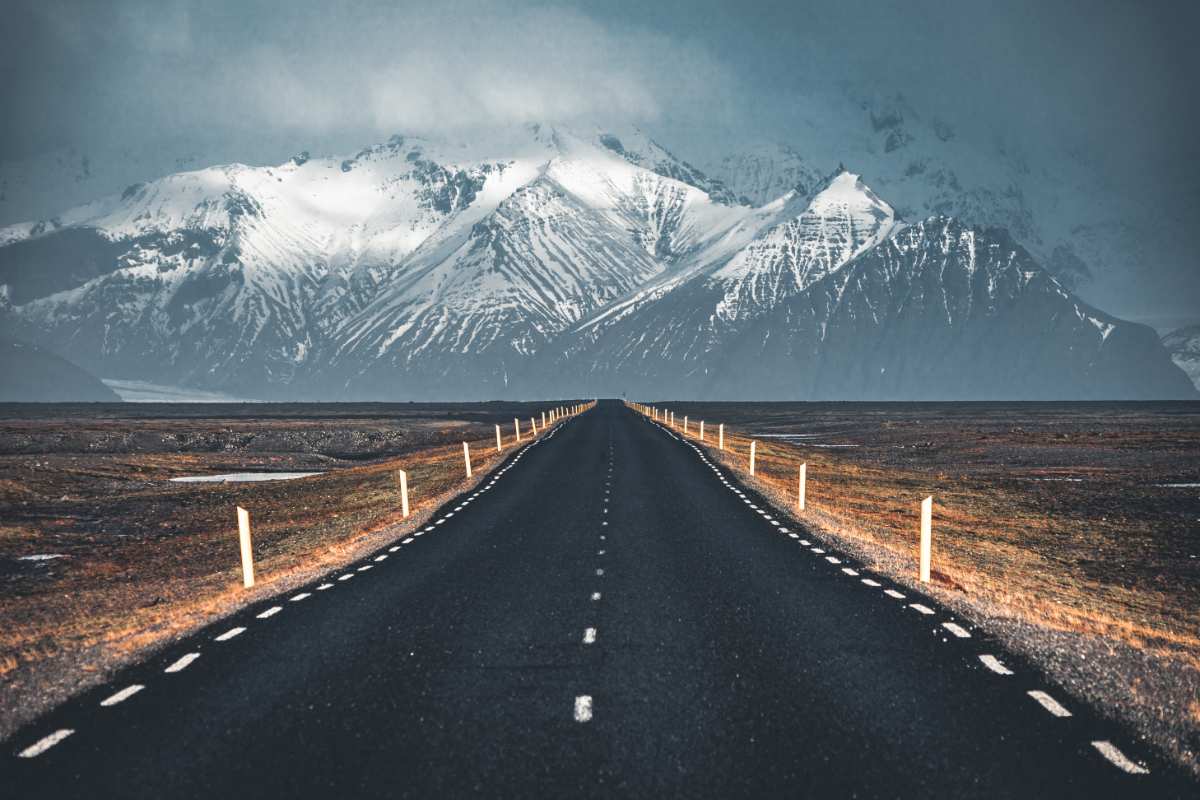 A Detailed 5-Day Iceland Itinerary - All Year Round! 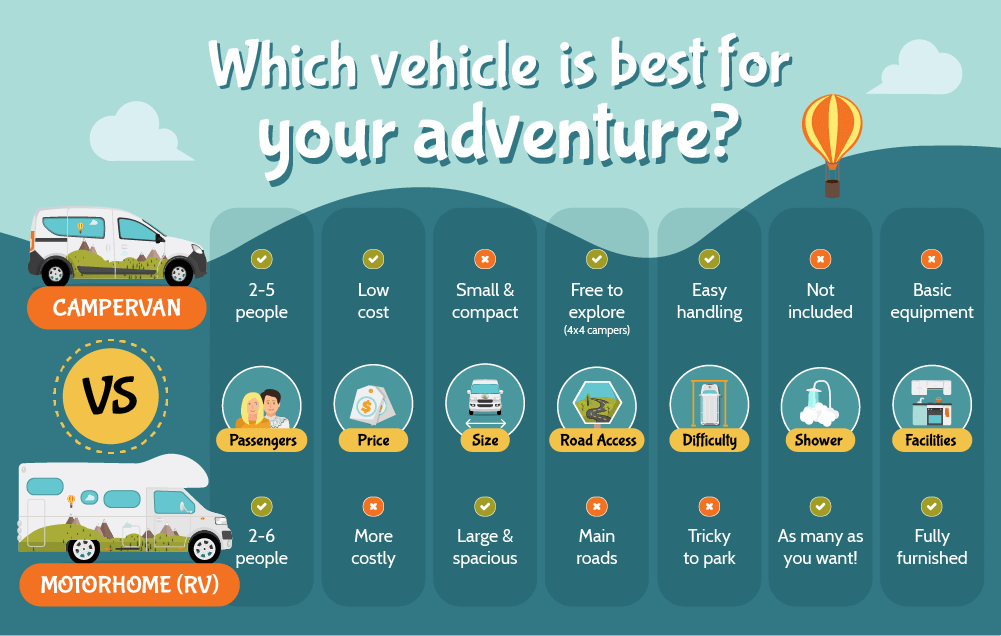 Campervan Vs Motorhome: What To Pick For An Iceland Road Trip? 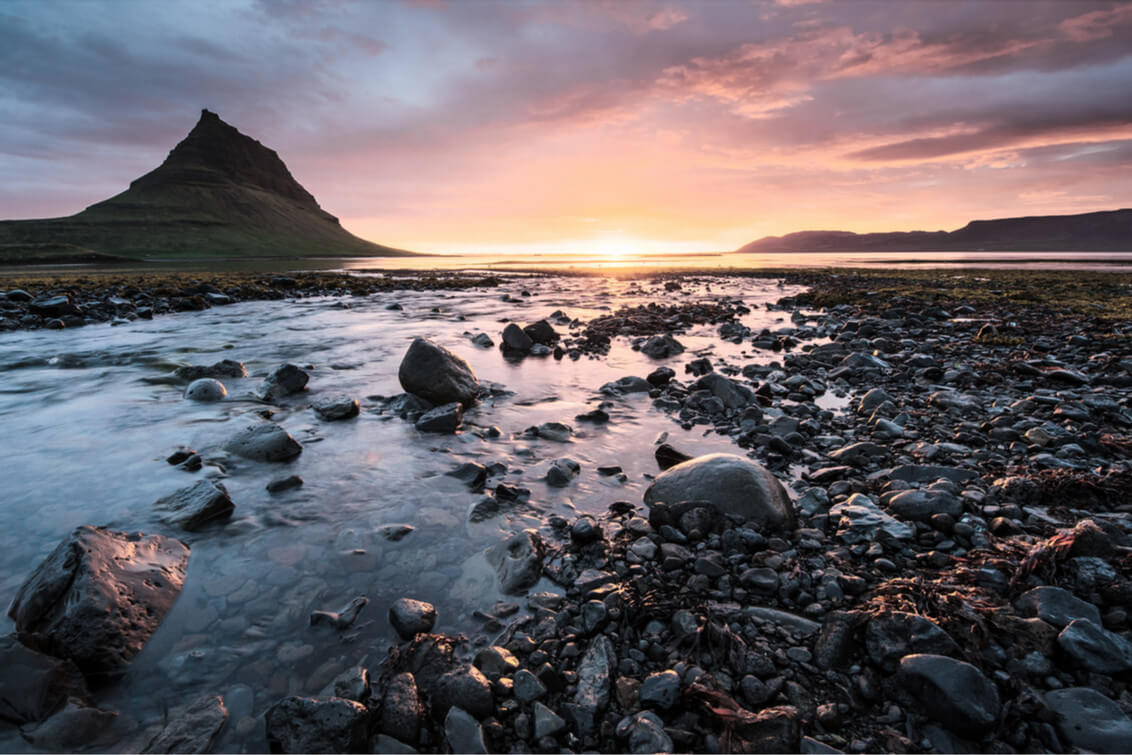 Driving In Iceland In The Fall

The off season is one of the best times to visit. Here's what to see and do when driving in Iceland in the fall. 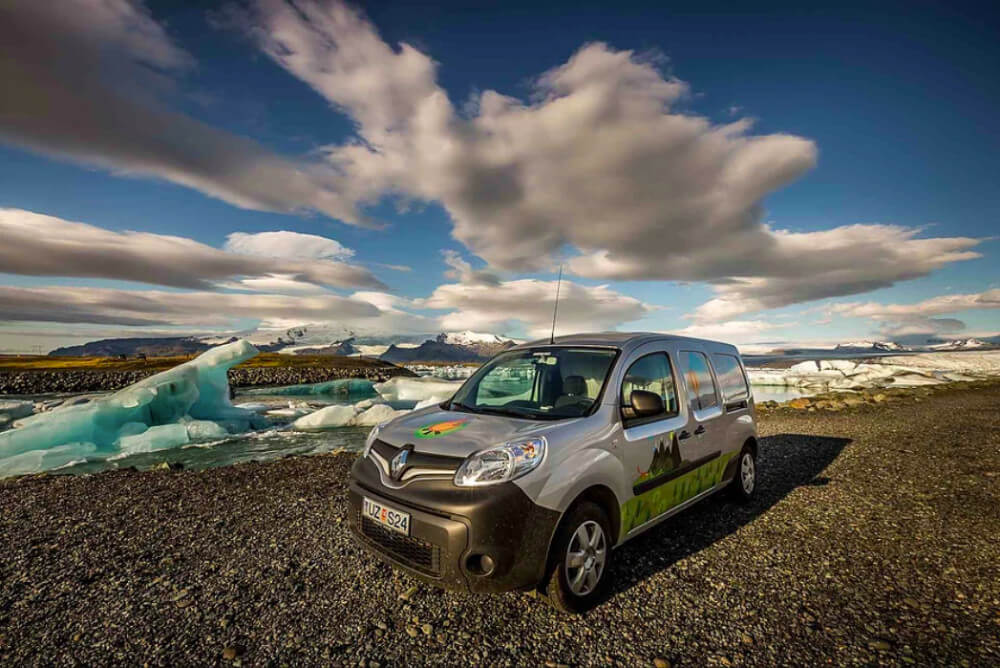 Driving Around Iceland By Campervan

Iceland by campervan is the ultimate road trip adventure. Driving in Iceland is unique and here's some helpful information for you. 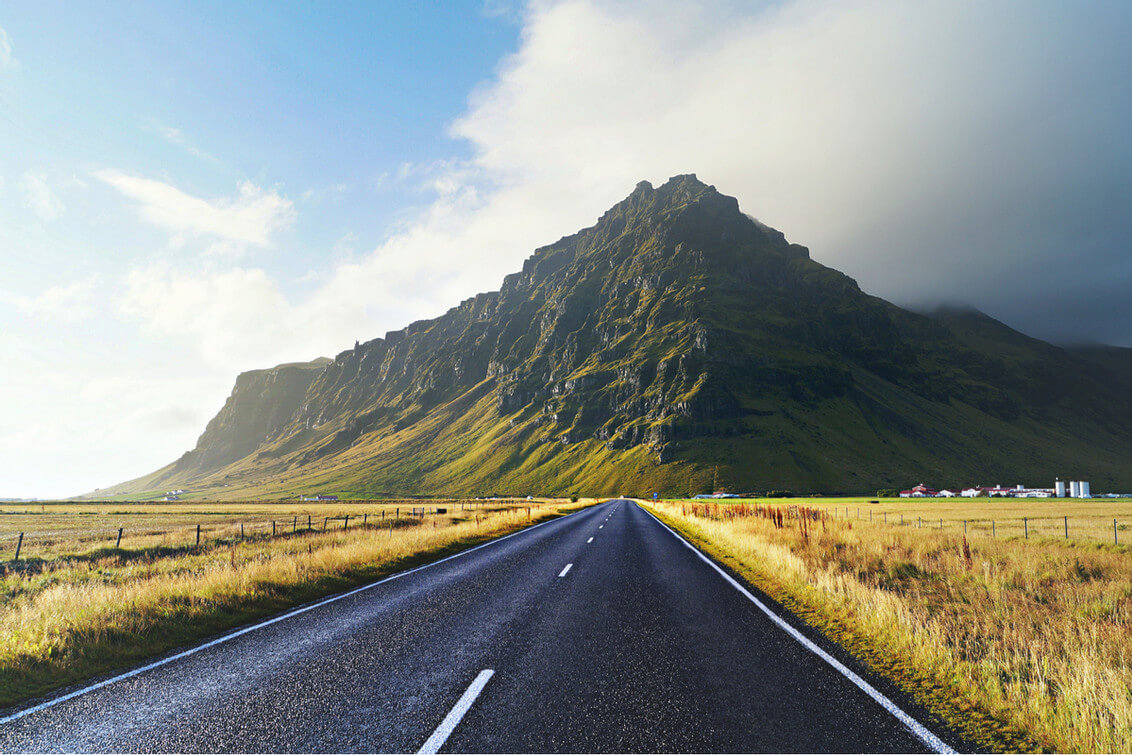 There are certain things to know when taking a camper road trip around Iceland. These are our best Ring Road trip tips.