Why are Icelandic sheep so special? 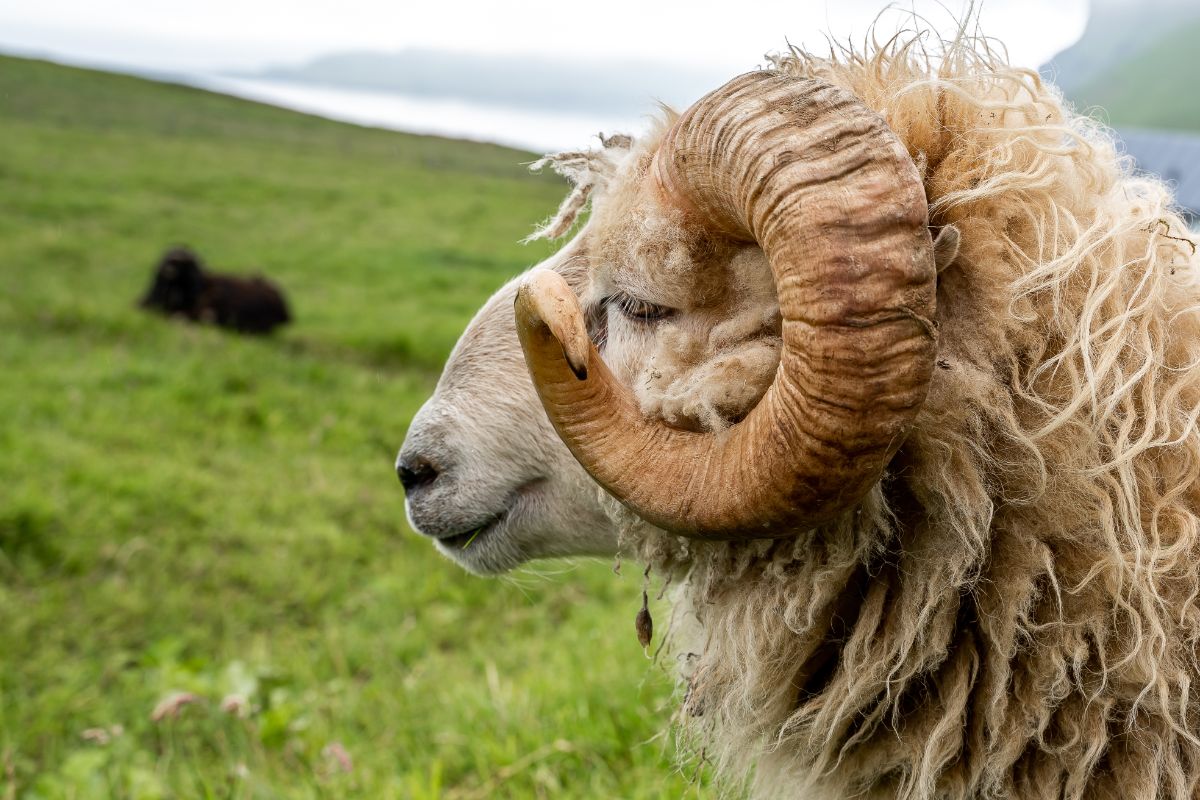 As one of the world’s purest and oldest sheep breeds, Icelandic sheep are strong and sturdy animals with beautiful, thick coats. Long-used in Iceland for their meat and wool, the sheep that exist in Iceland today are direct descendants of the sheep brought to the island nation by early Viking settlers.

With around 500,000 sheep and only around 370,000 humans, it’s safe to say there are more sheep than people residing in the Land of Fire and Ice. So, what exactly is so interesting and special about Icelandic sheep? Below we dive in to some of the history and interesting facts about this breed. 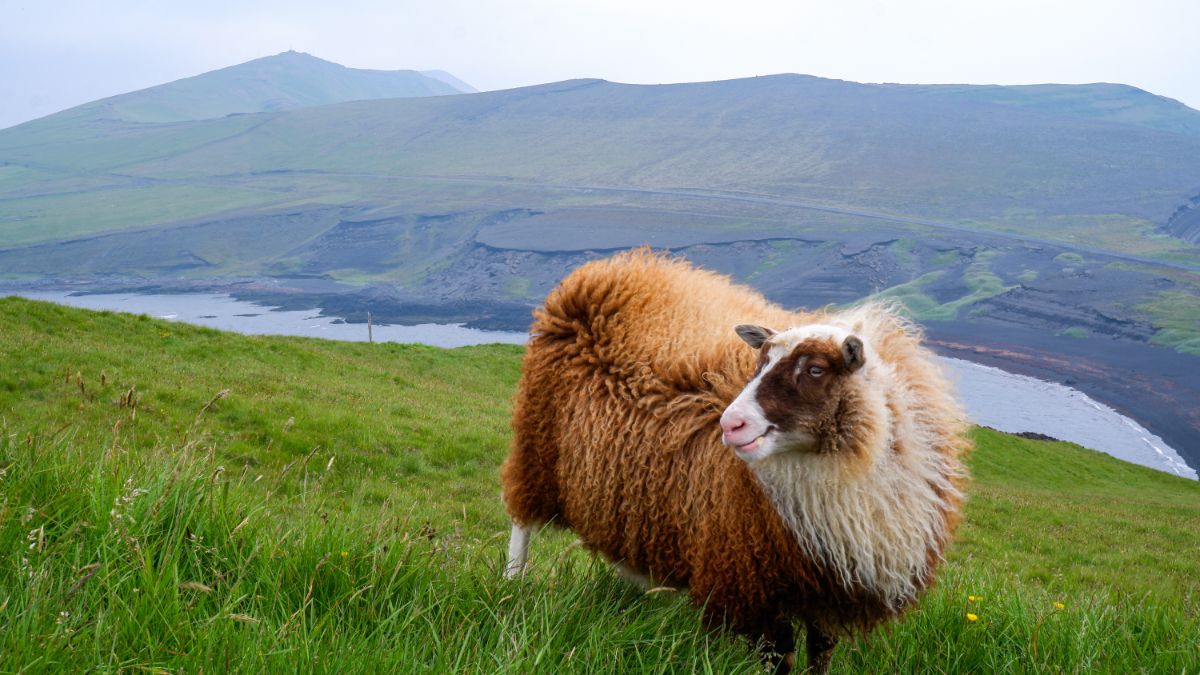 Originally imported to Iceland in the 9th and 10th centuries by Viking settlers, Icelandic sheep are part of the North European short-tailed variety, which was dominant in Scandinavian and the British Isles during the 8th and 9th century.

There have been very few attempts to ‘improve’ Icelandic sheep through cross-breeding with different varieties. Those that were made proved calamitous due to the spread of disease. Farmers took drastic measures to solve this problem by culling all animals that were the result of crossbreeding.

Icelandic sheep today are known to be one of the purest and oldest domesticated sheep breeds in the world, with farmers selectively breeding their flock within the breed. Their immune systems are strong, with all diseases resulting from crossbreeding being eliminated due to the drastic cull.

In the late 1970s, there were almost 900,000 sheep in Iceland, which equated to around one sheep per resident. Numbers have been falling in recent years to just under approximately 500,000 at the current time.

What are the Icelandic sheep used for?

From wool to milk production, Icelanders certainly know how to get the best of the best from this breed. Let’s find out the main uses of Iceland's sheep.

The famous wool of the Icelandic sheep is dual-coated for maximum protection against the harsh wintry weather in Iceland. The inner and outer layers of their dual-layered coat have different textures and properties, with the long outer coat being called tog (tow) and the finer internal coat being referred to as þel (thel).

Fibers from the external coat are longer, tougher, shiny and waterproof, being built to withstand very low temperatures. On the other hand, threads from the internal coat are finer, softer and insulating, also providing great protection from the sub-Arctic cold.

These different fibers are used to make different woolen products. Both fibers can also be combined to create a unique wool called Lopi, which can only be made from the fleece of Icelandic sheep. Lopi is used to hand-knit the famous Icelandic sweaters – a very popular souvenir! 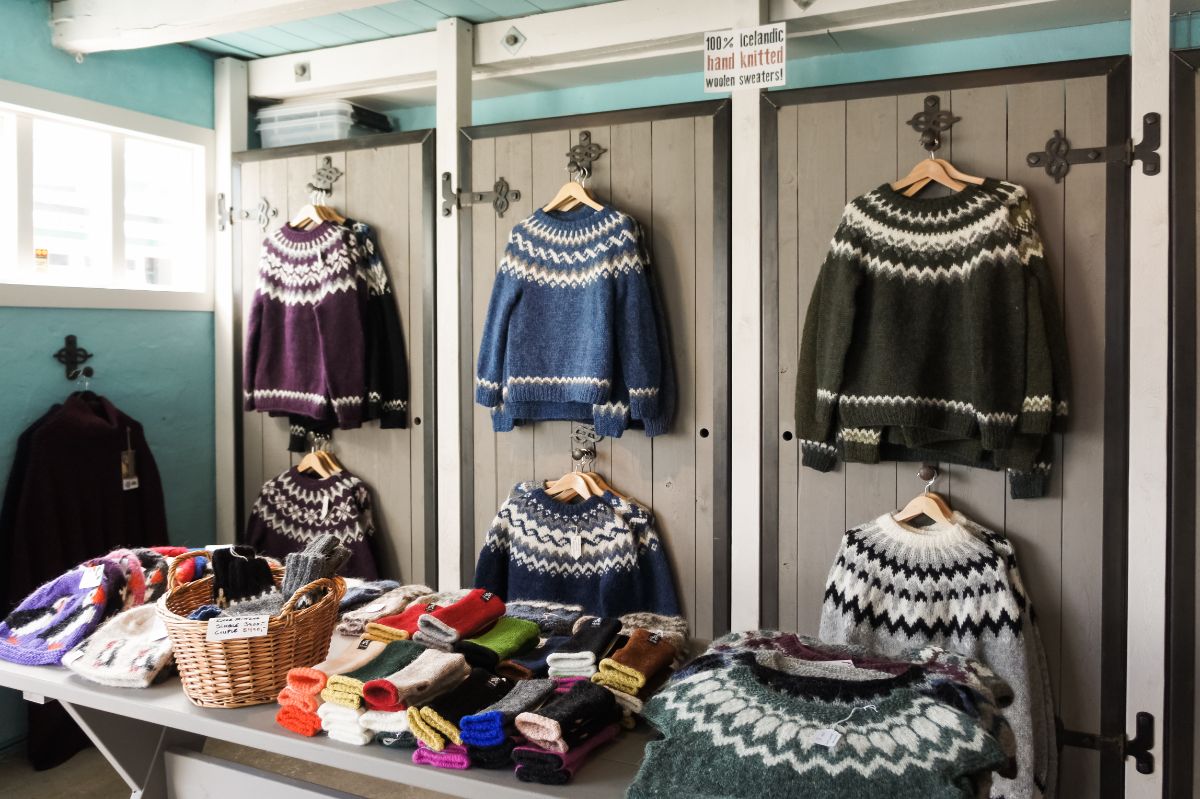 The traditional Icelandic sweater, or lopapeysa as the locals call it, is a thick jumper hand-knitted using Icelandic sheep wool. Traditional lopapeysa are made from uncolored wool, making them either white, grey, brown or black.

Lopapeysa can be itchy, but, because many Icelandic children wear the wool from the time they’re born, they actually become resistant to this sensation! These sweaters are often worn close to the body to keep warm. Socks, blankets and gloves are other popular products made from this sheep wool

In Iceland, sheep are bred primarily for their meat. Lambs are born small but grow quickly, reaching breeding age at 12 months old for ewes and around 6 months for the Icelandic rams.

Their meat is fine-grained and tender with a distinct flavor and is used in many traditional Icelandic recipes, such as Icelandic lamb soup, called Kjötsúpa in Icelandic. The meat of the older sheep is sold for a cheap price and usually used to make stews.

Ewes can produce a lot of milk: around one to two liters per day. Used to produce yogurt, butter and cheese, their milk is creamy and sweet. A traditional Icelandic soft cheese, called skyr, is also produced from this milk. Some small Icelandic farms still milk Icelandic sheep today. 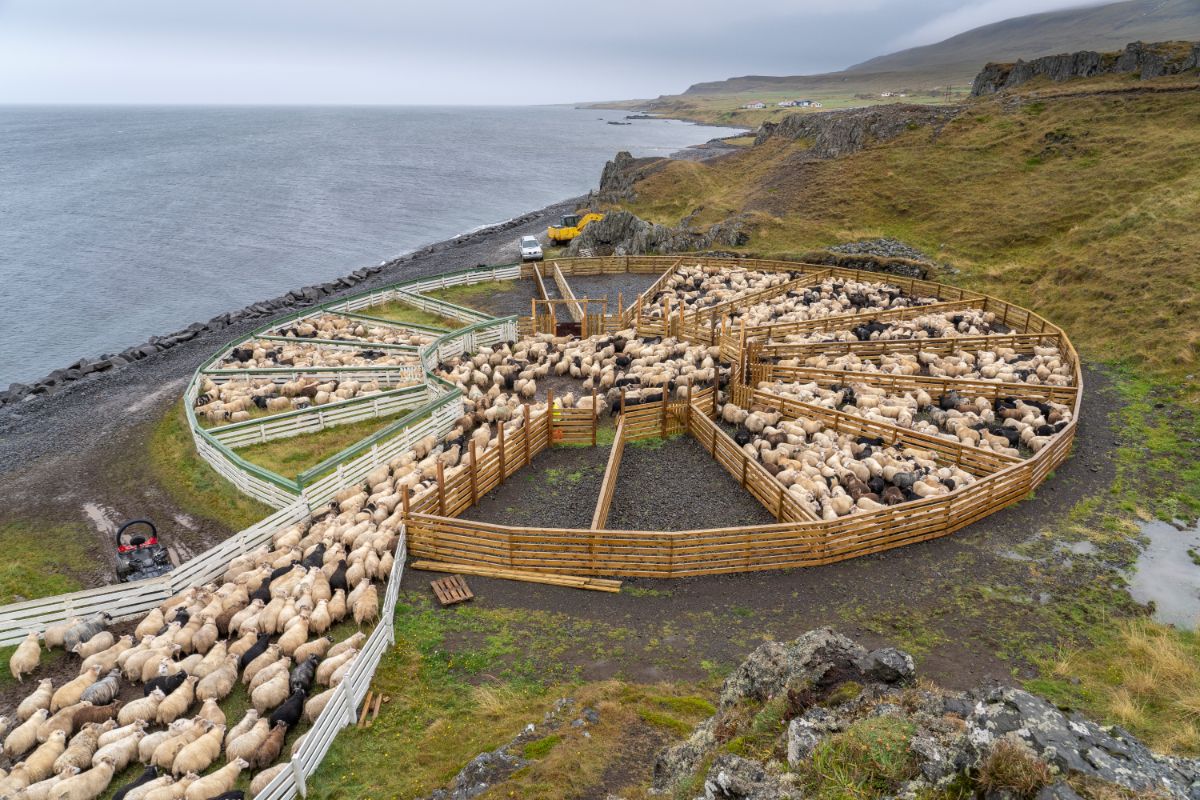 Réttir: Gathering sheep for the winter

In September, farmers in Iceland gather all their sheep in one place. The sheep are free to roam during the summer months, but are gathered together in winter during a process called Réttir.

Réttir can take up to a week, as the sheep can move quickly and are very spread out. With little flocking instinct, Icelandic sheep can be quite individualistic, making it difficult for farmers to round their flock up.

Luckily the farmers don’t have to take on this demanding task by themselves; a popular pastime in Iceland, many locals join in with Réttir to help the farmers round up the sheep.

A mixture of horse riders, sheepdogs and people on foot help to gather the sheep ready for the winter season. There are now tourist trips and tours you can go on to see Réttir for yourself, in what is definitely one of the best things to do in September in Iceland.

Icelandic sheep can be spotted all around the country, roaming through the pastures during the summer months. As you explore this scenic country, you’ll undoubtedly spot some sheep along your way.

During summer, the sheep often head up to the mountains until autumn comes. This means you may even see Icelandic sheep jumping over a stream if you’re lucky!

On your tour around the Golden Circle, keep a look out for some fluffy friends roaming the hills. If you’d like to see some sheep up close, you can head to Reykjavik Farm Park and Zoo in Laugardalur Valley to see their small flock. May is a great time to visit if you’d like to see the newborn lambs.

When driving in Iceland, be careful when you see sheep nearby. On your tour around the Nordic island, you’ll notice plenty of road signs warning drivers about the sheep. Icelandic sheep may try to cross the road dangerously close to vehicles, especially when a number of them are on one side of the road and some are left on the other side.

If a lamb is on one side of the road and the mother on the other side, the lamb will normally cross to the mother, so be patient and wait until the sheep are safe before proceeding. Remember not to honk, as this will scare the sheep and can cause them to scatter in different directions.

It’s important to be aware of the sheep when driving in Iceland; just stay cautious and alert to respect the sheep as you travel around. You can stop at some gorgeous spots along the way or even visit a farm to see the sheep up close. 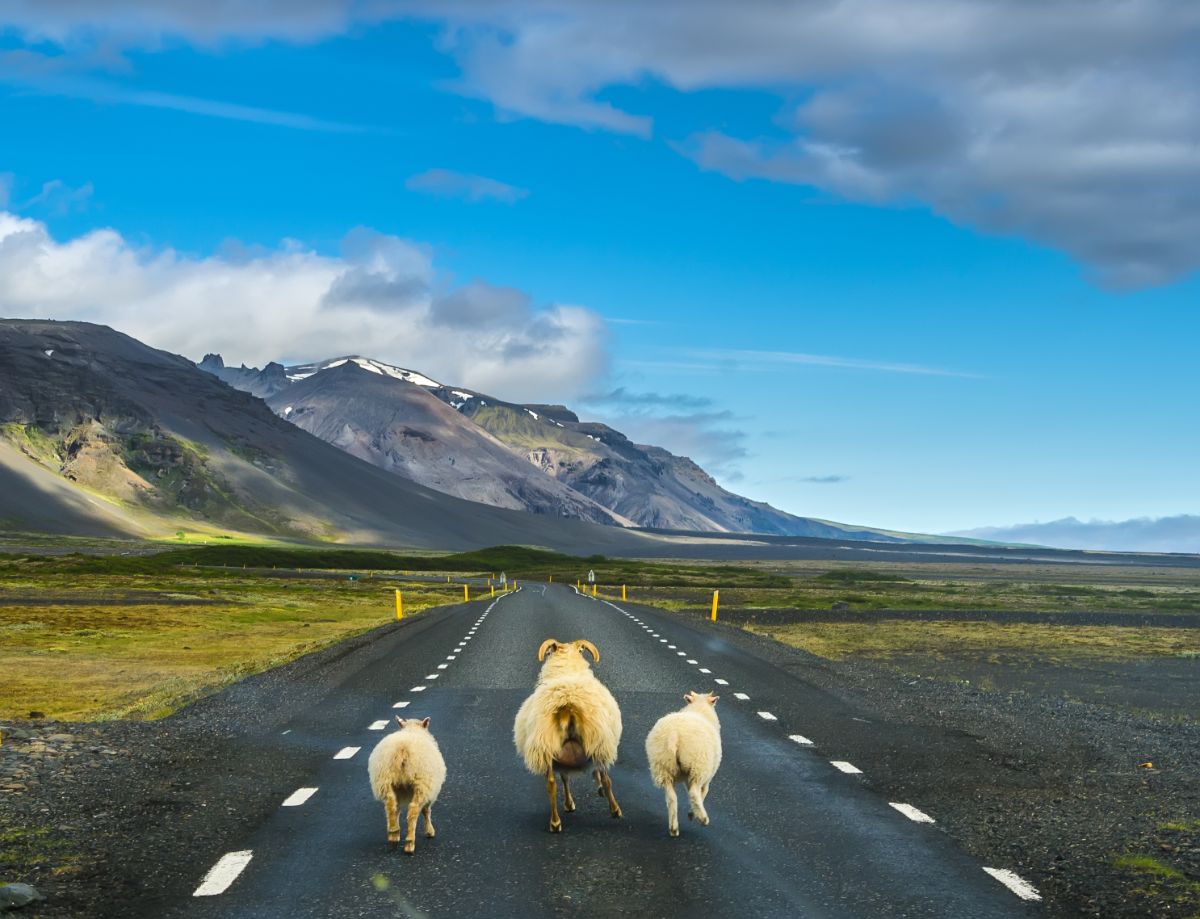 Keep an eye on these fluffy sheep!

Ready to see some Icelandic sheep up close and personal? Start the process of planning your cheap campervan rental in Iceland to witness these special animals in their natural and remote habitat.. Enjoy the spectacular scenery while wowing your travel buddies with all your newfound knowledge on these special animals! 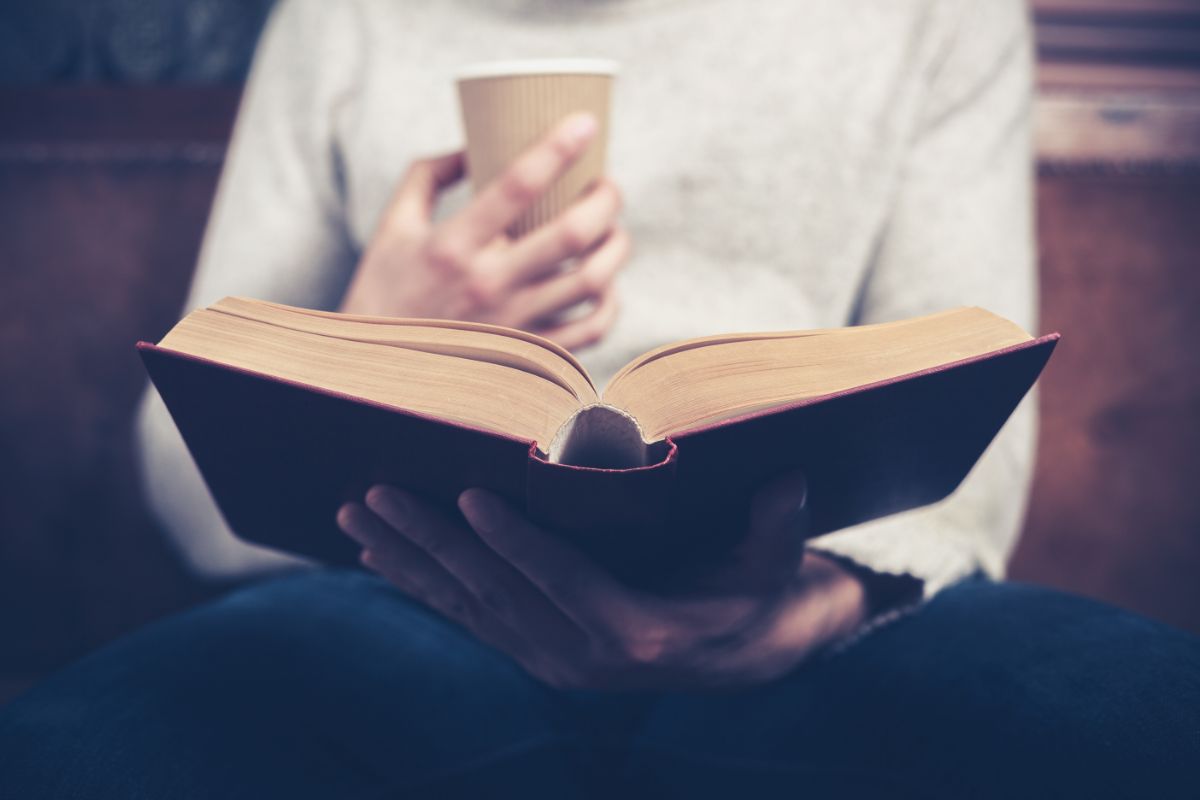 The Best Iceland Books: What To Read And Why 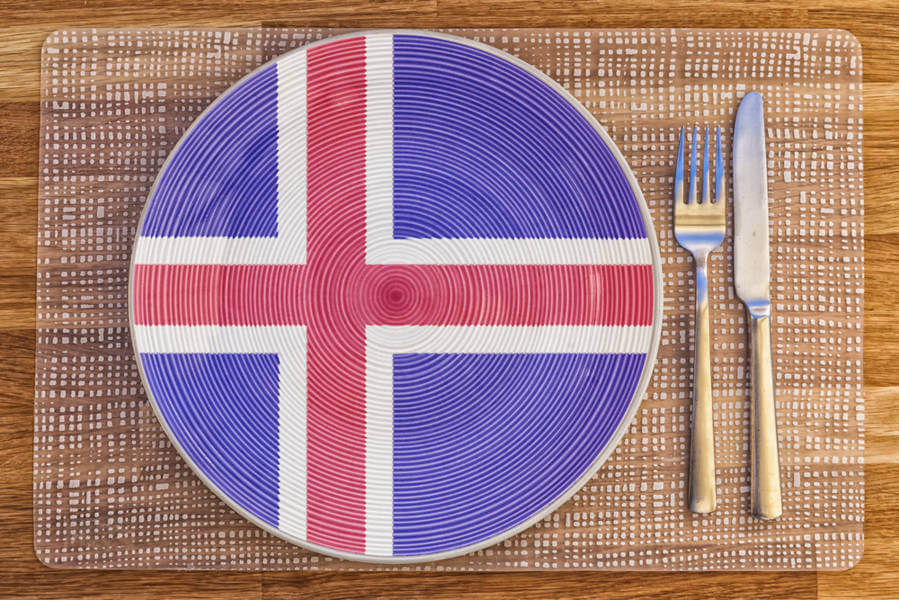 What To Eat In Iceland - Top 10 Recommendations 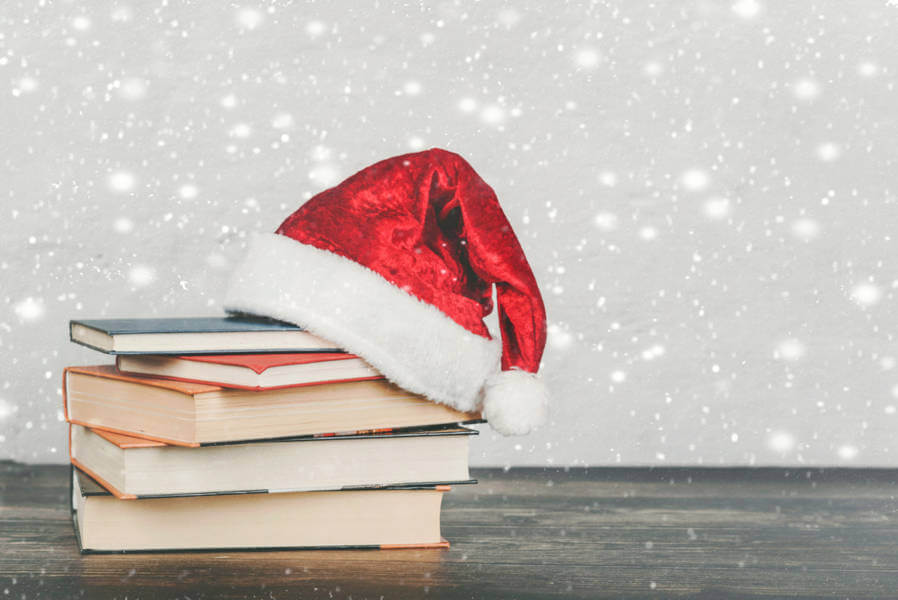