Guide to October in Iceland 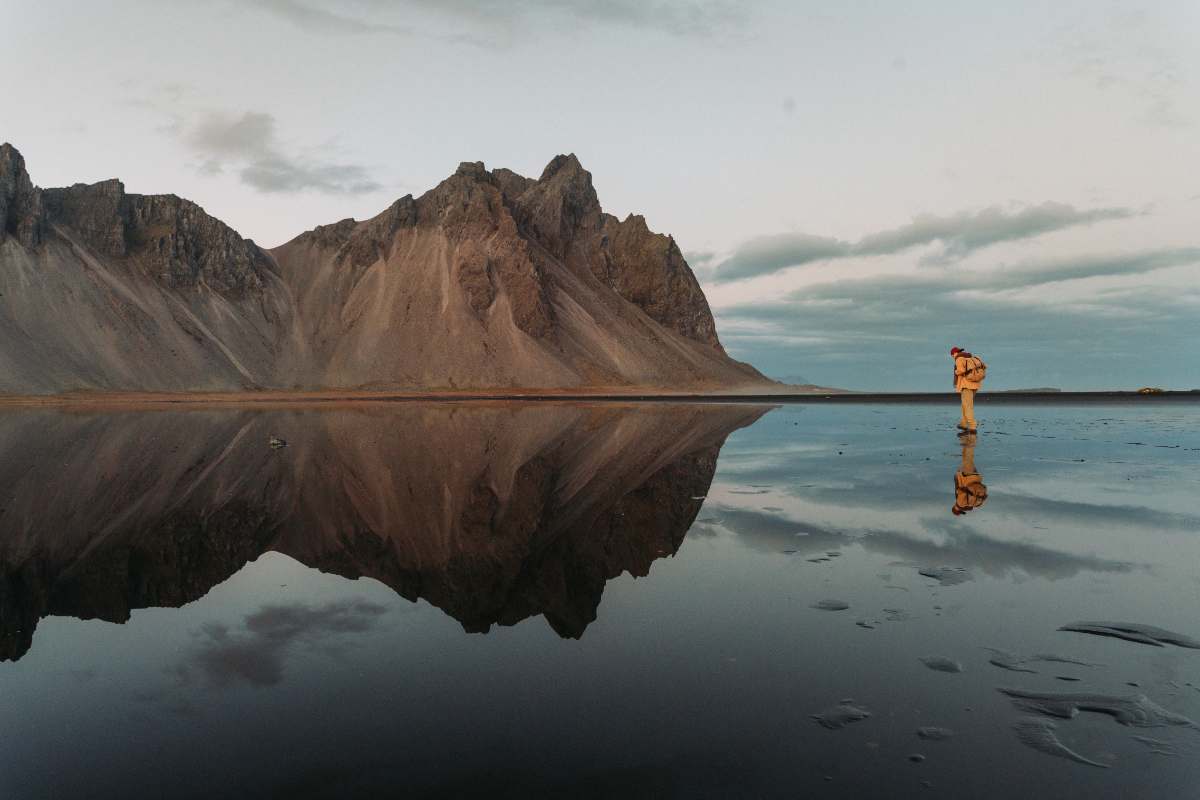 October in Iceland is smack-bang in the middle of fall, but there are plenty of reasons why this month might be the optimum time to plan your visit. Find out why in this ultimate guide to October in Iceland.

October might be a transition month, but October still has some seasonal perks compared to the busy summer months. These perks range from the Iceland weather in October to available activities and open attractions. But let’s dig into it, so you can see if October is the right fit for you.

Why Spend October in Iceland

When deciding whether travelling to Iceland in October is right for you, it’s important to weigh up all the pros and cons. Here are some of the most important ones to consider: 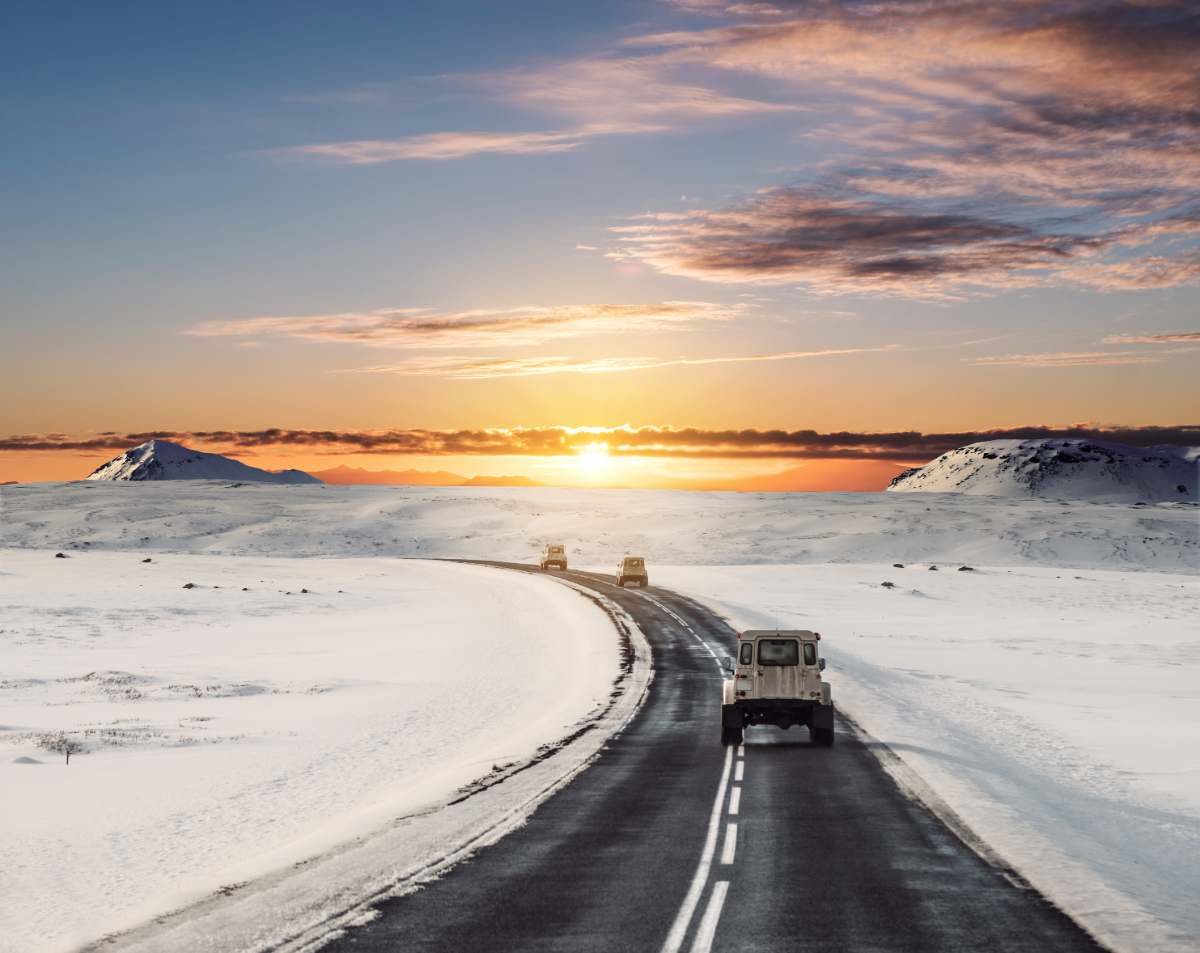 The Iceland Weather in October

The season starts its official transition at the end of September, so you can already expect a much colder Iceland when you visit in October. The average temperature in Iceland in October is 4.4 degrees Celsius. Also, the Iceland daylight hours in October are also drastically getting shorter. There is an average of 83 hours of sunlight during the entire month. That translates to much better planning when it comes to activities and general travelling in and around the island. But it also means that you are guaranteed to see the Northern Lights in Iceland when visiting in October.

Many will experience the weather in Iceland being a bit milder in the cities such as Reykjavík. Yet don’t be fooled! The only reason Reykjavík’s weather in October seems a little better than in other areas is that the city offers some shelter against the elements. Without the buildings and walls, the temperature and winds will be the same as on the outskirts of the city.

Except for the temperature in Iceland in October already leaning towards the winter cold, the other weather element you’ll need to come prepared for is the rain. October is known as one of the wettest months of the year, and you can expect as much as 86 mm of precipitation. October also marks the beginning of the appearance of the infamous Icelandic winds. They will surely make you question whether walls are strong enough when listening to the howling outside!

The Plus Side of Iceland Weather in October

Despite the weather slowly transforming Iceland into the winter wonderland you’ll find by December, fall is a stunning time of the year. Iceland is already well-known for its magnificent landscapes, and during fall, it is simply emphasized by the beautiful colors that signal the changing of the seasons. In fact, many photographers flock to the island in October to take advantage of the beautiful scenery.

With temperatures dropping, and things getting wet and windy, but not quite to winter extremes, it can be tricky to pack when travelling to Iceland in October. That is why we have compiled this nifty packing list, so you can ensure that you don’t forget any essentials and your trip is comfortable: 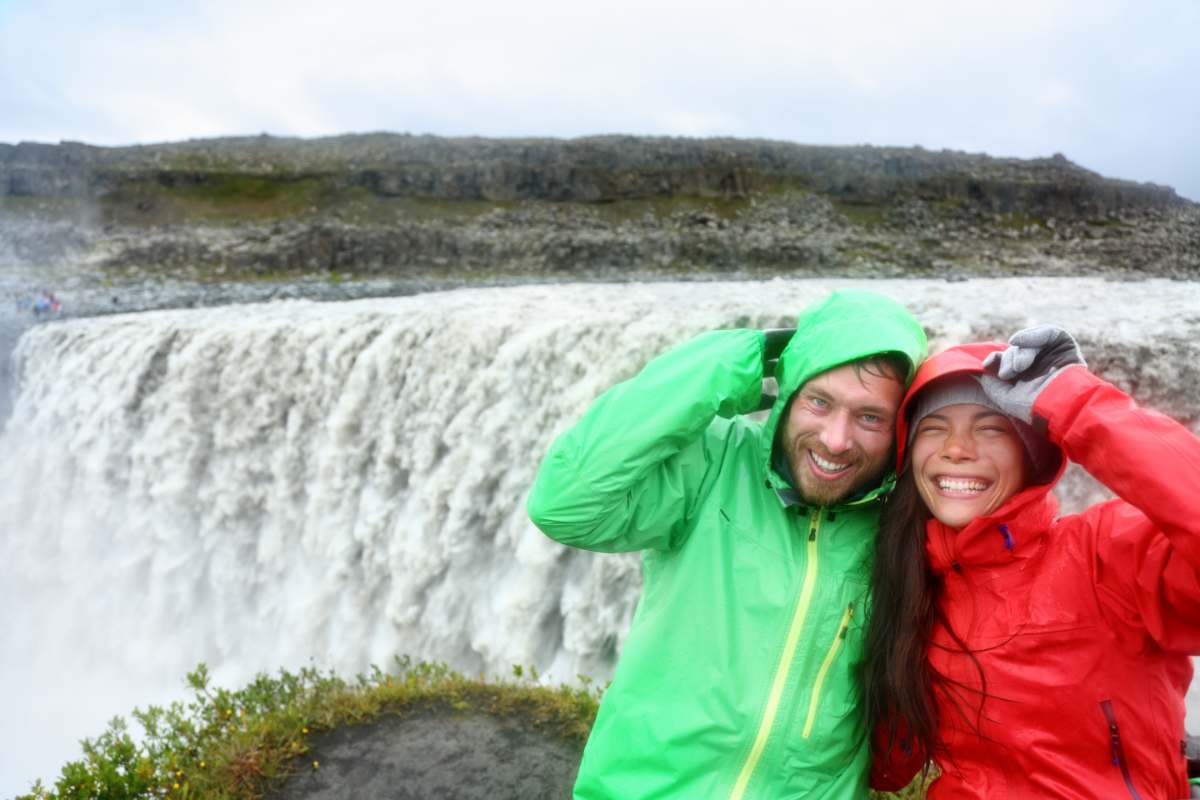 Things to do When Spending October in Iceland

Due to October being a seasonal transition month, there is still plenty to do when out and about on the island. These are a few of the activities that you might be tempted to add to your trip itinerary:

Camping in still fairly popular in this month, since the temperature in Iceland in October is not yet bone-chilling. But just because the temperatures still haven’t completely plummeted, you need to be prepared for a proper winter camping experience.

Firstly, you will need to camp with a heavy-duty polar tent. Secondly, you will need to watch the Iceland weather like a hawk. You don’t want to get caught in a storm or lay awake wondering whether you might not get blown away by the Icelandic winds. For all of these reasons, we would think twice about any camping notions when it comes to the Westfjords or the highlands. But if you’ve braced yourself against the Arctic winter, camping in fall in Iceland is still a good option when it comes to an affordable accommodation solution. 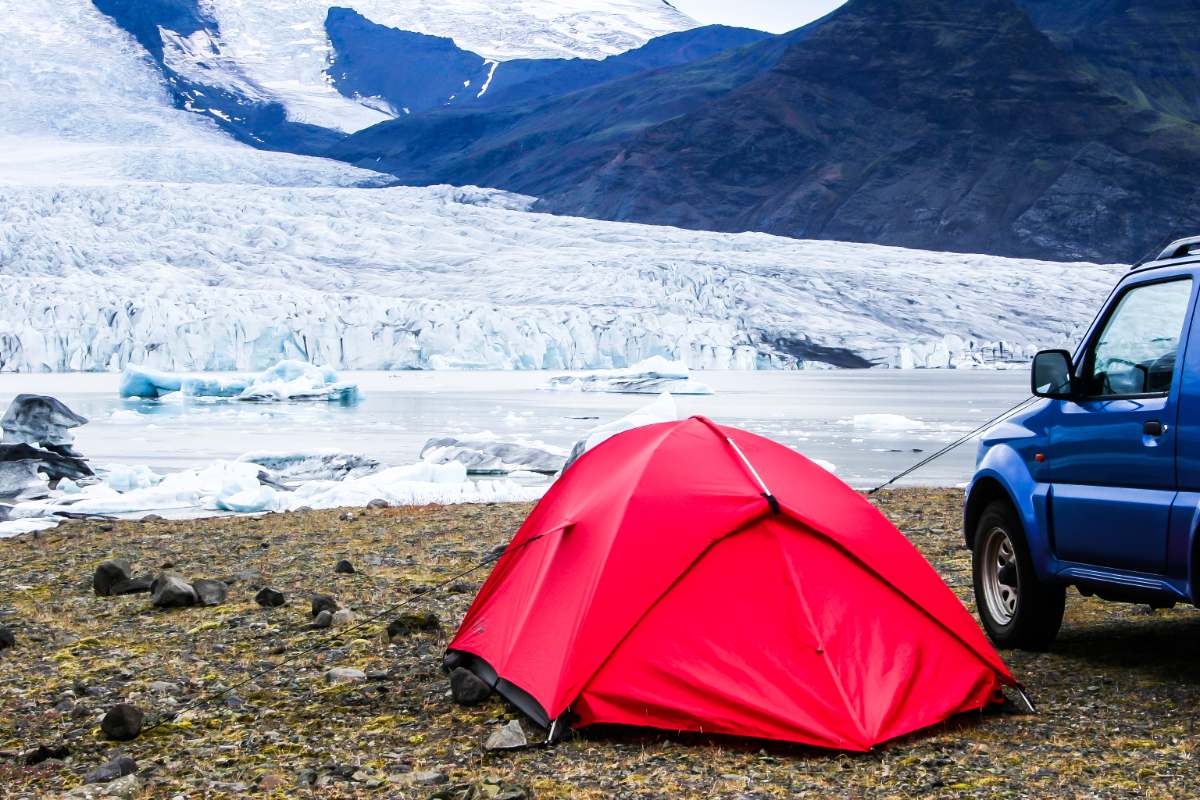 And by extending your budget, you might also be able to extend your trip to take in more of the island’s sights and attractions. Furthermore, we suggest that you get the Iceland Camping Card, especially if you’re a travelling family. The card will give a family of 2 adults and up to 4 children access to numerous campsites around the country for up to 28 nights.

The Camping Card will leave you €159 out of pocket, whilst camping sites generally charge €10 per person per night. It’ll definitely give you some bang for your buck. Some of the best places to go camping during October in Iceland are:

Self-drives and road trips are still incredibly popular during October in Iceland. And that's despite the weather and potential road closures making things a little tricky. When driving in Iceland during fall, just ensure that you have the right vehicle for your specific route, since many roads in Iceland can only be accessed via a 4x4 vehicle.

If you have decided to do the camping thing, another good option is to rent a campervan. That way, you will be camping in comfort and take away a lot of the schlep associated with packing up and setting up at each stop. But whether you’re camping or driving around Iceland, just keep in mind that driving off-road is illegal. The most popular driving routes in Iceland are: 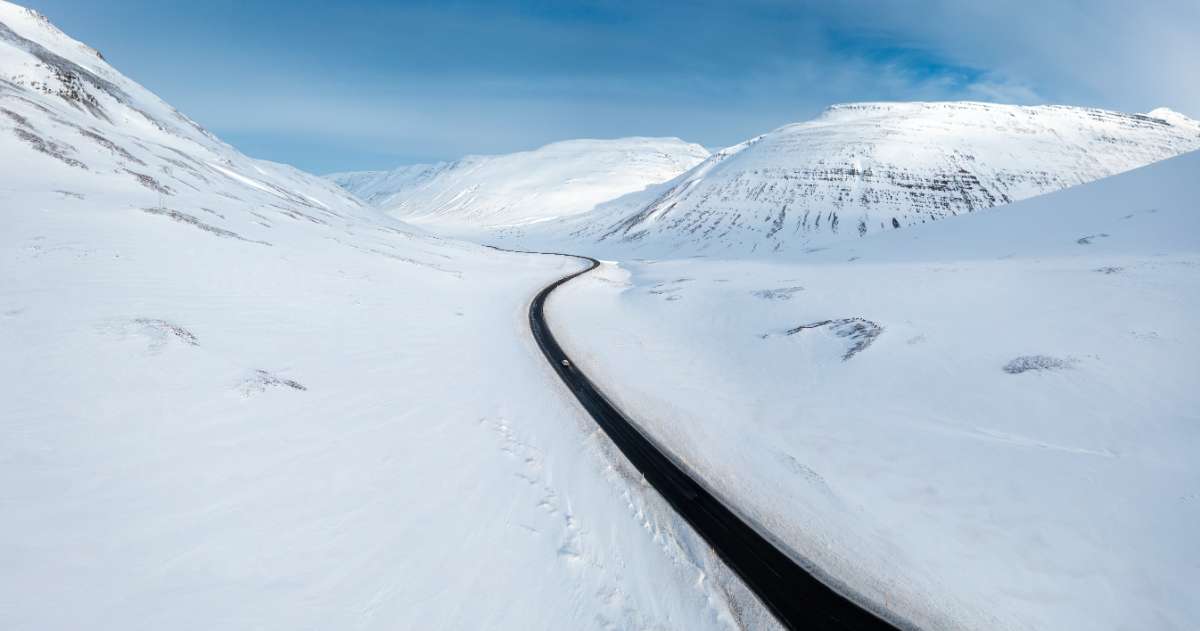 Other Things to Do When Spending October in Iceland

Camping and driving aren’t the only things that await you when traveling to Iceland in October. Here are a few other activities and attractions you can look forward to: Here are a few helpful tips to make your October in Iceland a comfortable and worry-free stay:

When in doubt – book!

For the Northern Lights novice, it can be quite tricky to figure out when and where to spot this phenomenon. Between checking on the weather, trying to escape the city lights and control the road conditions, it’s easy to get lost in the variables and miss out. If you want to take all that responsibility and stress out of your trip, simply leave it in the hands of the pros and book a spot on a Northern Lights tour.

The local saying goes “you can experience all four seasons in one day”, so it’s not a strange occurrence to start your walk to the shop with sunshine and bright blue skies only to get completely drenched by rain before you get there. The other thing people underestimate is just how many beautiful waterfalls the island has to offer.

There are roughly 10,000 waterfalls in Iceland, and we can guarantee you that you will come across many of them along the way when visiting Iceland in October. The force of these waters cascading over the cliffs is truly indescribable. Many who didn’t come prepared are left looking like cats caught in the rain because of all the mist and spray.

This is also due to the “four seasons in one day” experience Iceland has to offer visitors. We highly recommend that you dress in layers, so you can either take things off when it heats up or put things on when unexpected cold or rain hits you.

Always make sure about operating hours

One of the perks of spending October in Iceland is the fact that most summer attractions are still open. But since the seasons are starting to shift to winter, many institutions are also slowly transitioning to off-peak operating hours. So, before you excitedly head off to whatever attraction is on your Iceland bucket list, just make sure that you don’t end up standing in front of a closed door. Check the roads before you start driving

October is definitely the month that the weather really starts to change. Iceland weather in October can contain some of the elements that get certain roads in Iceland closed quickly.  So, before you end up facing a road closure and a disappointing (dead) end to your outing, always check the Icelandic road conditions before heading out.

Plenty to Do in October in Iceland

The Iceland weather in October might be turning, but there’s no doubt that visiting Iceland in October will have more than enough in store for you to make memories that’ll last a lifetime. And since it’s officially the off-season, you won’t need to pay expensive peak-season rates to do so. So use this guide to plan your itinerary, map out your routes and then book your trip! 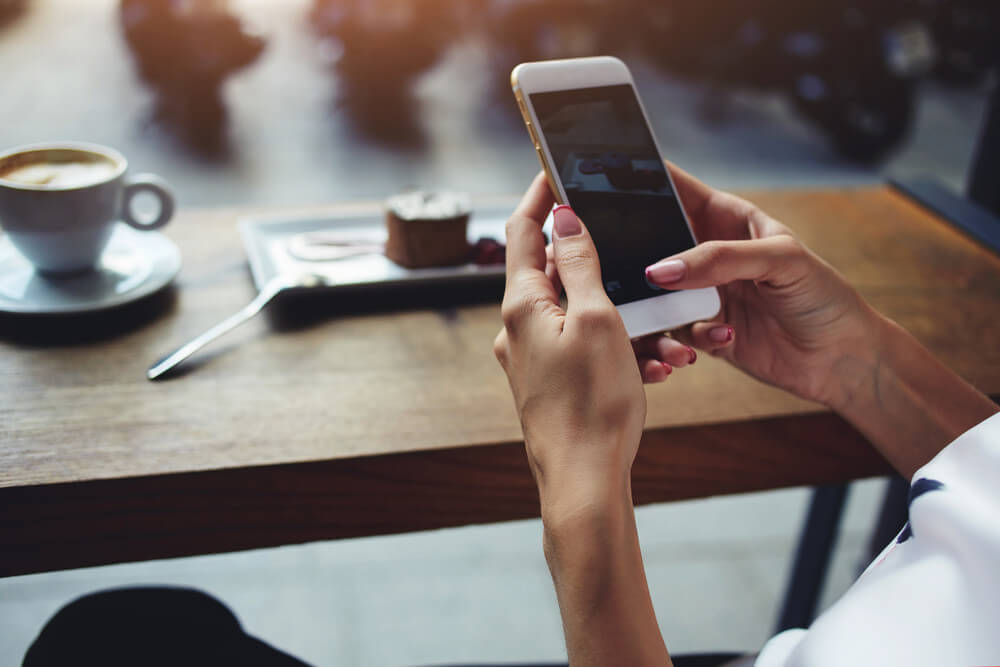 Apps and smartphones make our lives much easier. We've compiled a list of the best Iceland travel apps to help you. 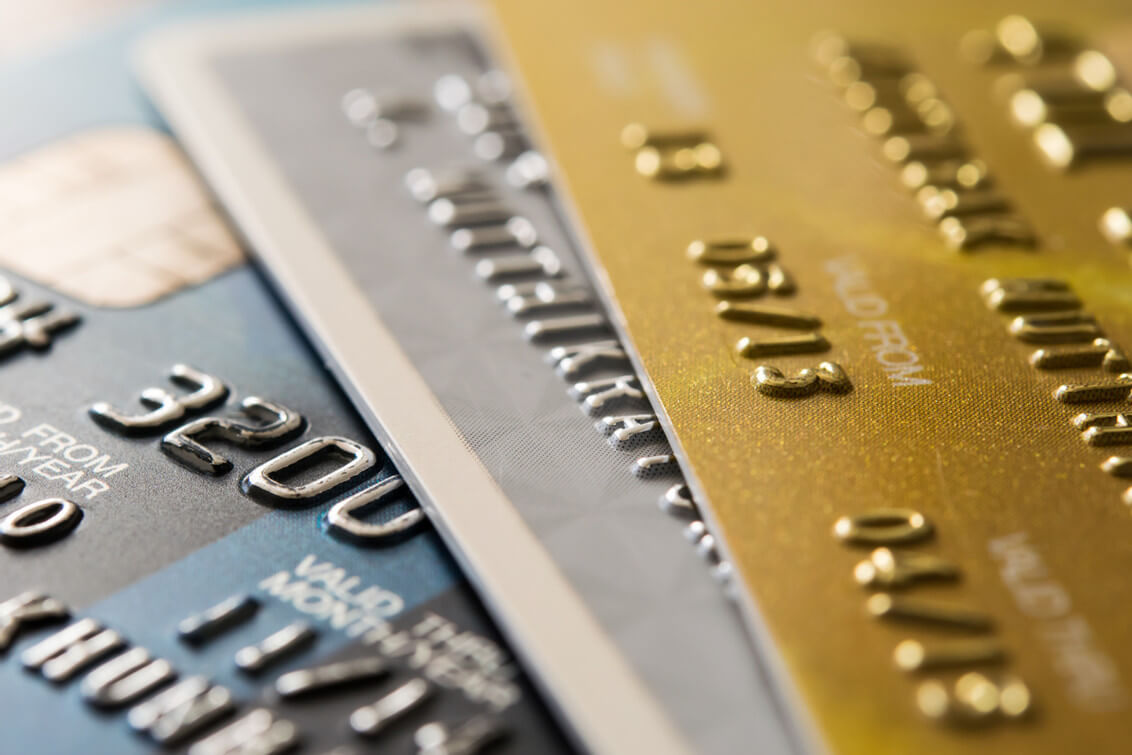 Guide To Using Debit And Credit Cards In Iceland

Here's some useful advice and things you need to know about using debit and credit cards in Iceland. From PIN numbers to where cards are available. 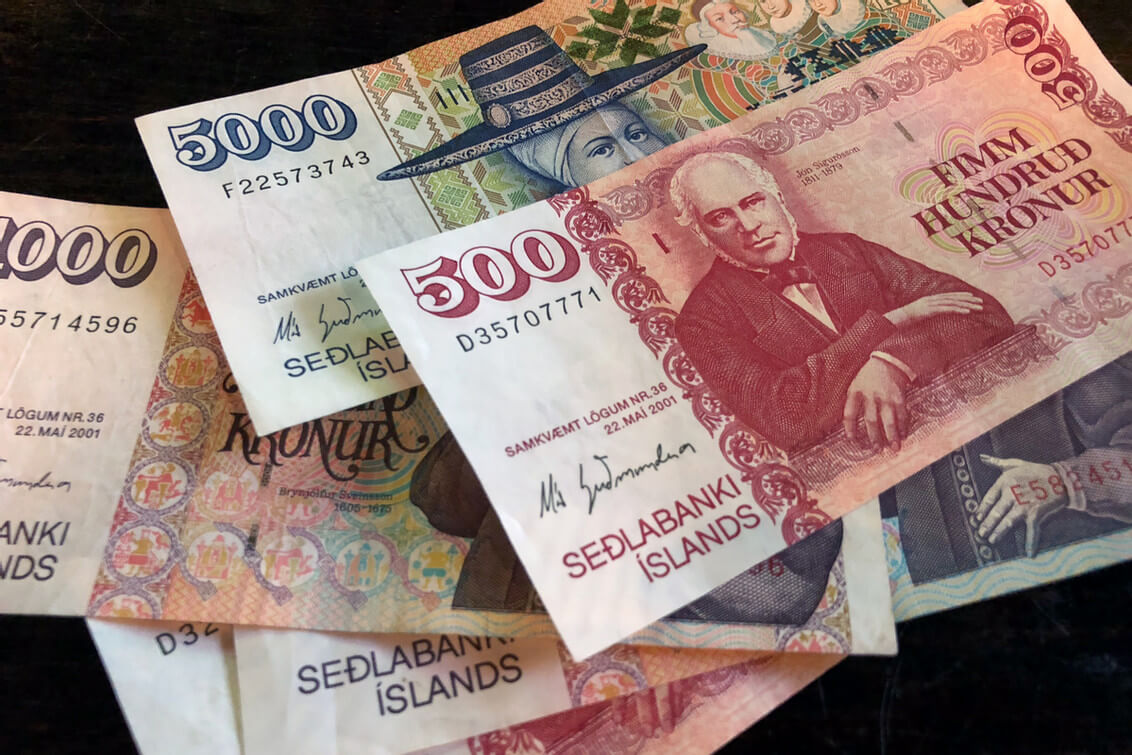 The Cost Of A Trip To Iceland 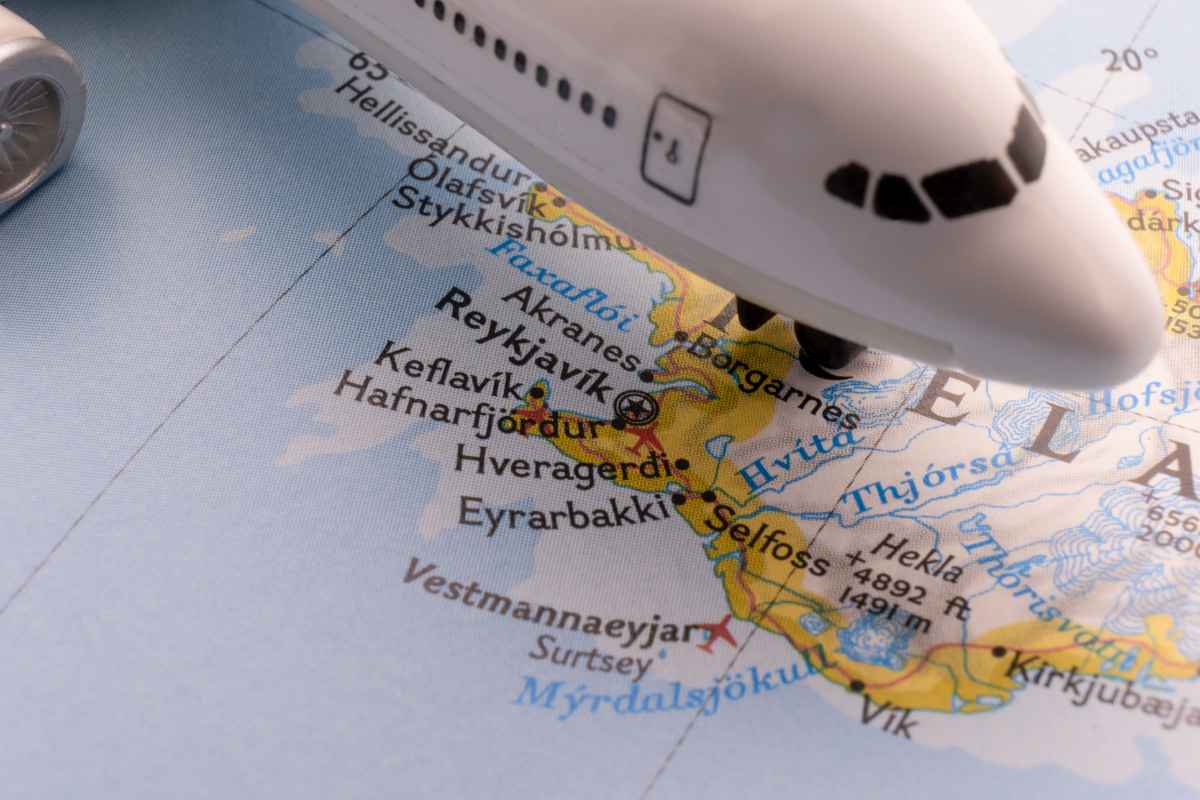 10 Reasons That Explain Why Everyone Is Traveling To Iceland 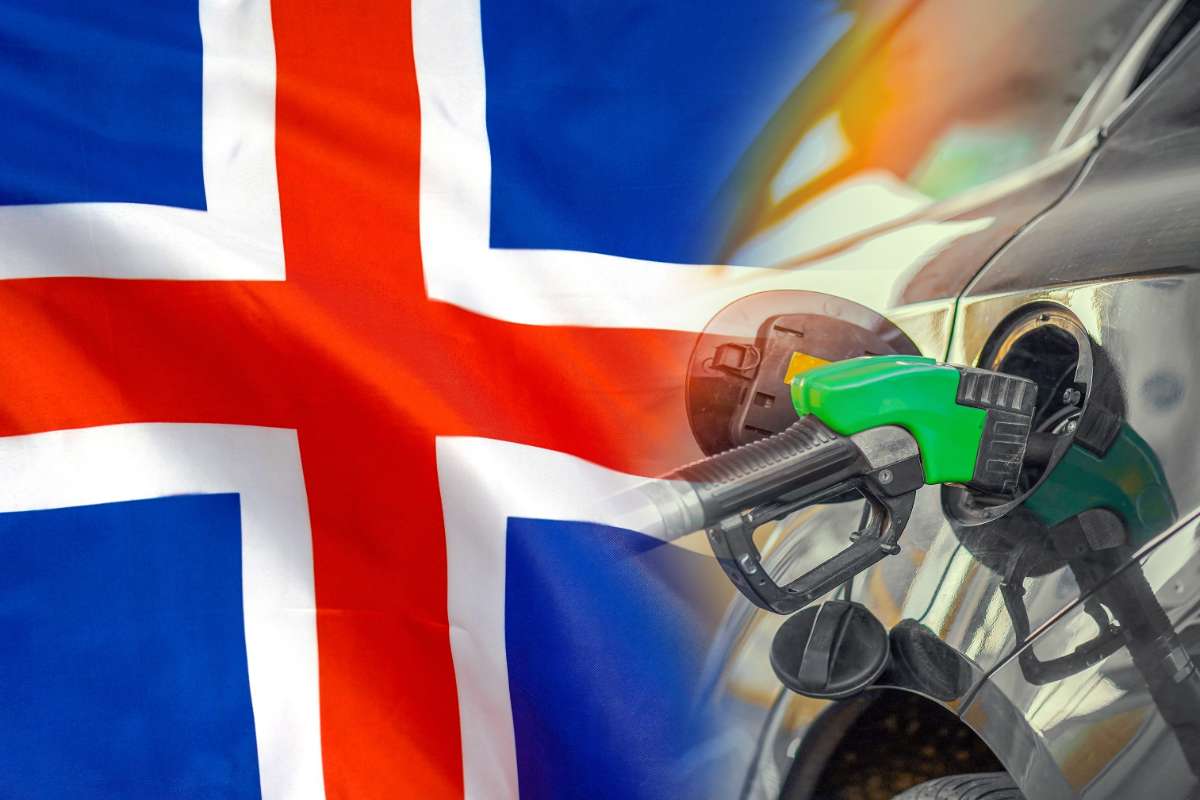 Guide To Gas Prices In Iceland